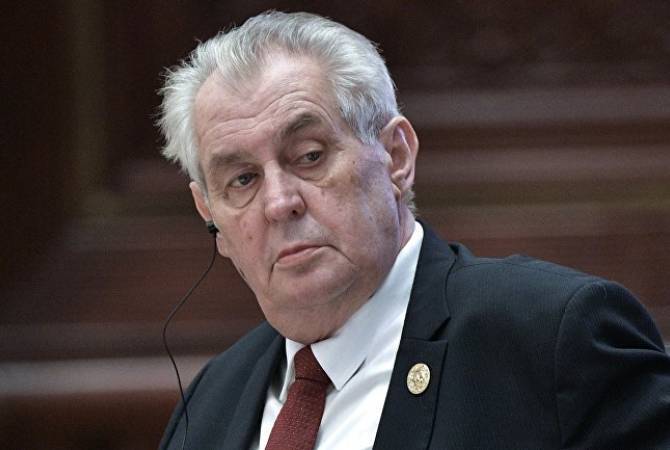 
YEREVAN, APRIL 20, ARMENPRESS. President of the Czech Republic Miloš Zeman says the borders should remain closed at least for one year to tackle the spread of the novel coronavirus, reports TASS.

The Czech foreign minister in turn said that the government is going to discuss the opening of borders with the Czech businessmen who are leaving the country for negotiations with foreign partners. The minister said the restrictions on freely leaving the country will gradually be removed.

The Czech Republic declared a state of emergency on March 12, and starting March 16 the country declared a quarantine. Foreigners are banned to visit the country, but the Czech people can leave the country only in case of strict necessity. In case of returning to the country they will be quarantined for two weeks.

In late December 2019, Chinese authorities notified the World Health Organization (WHO) about an outbreak of a previously unknown pneumonia in the city of Wuhan, central China. WHO declared the outbreak of the novel coronavirus a global pandemic and named the virus COVID-19.

According to the data of the World Health Organization, coronavirus cases have been confirmed in more than 210 countries and territories.