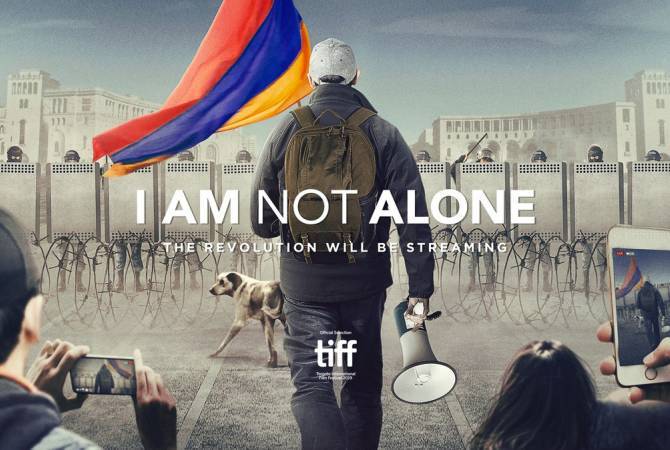 
YEREVAN, MAY 15, ARMENPRESS. I Am Not Alone documentary about the 2018 revolution in Armenia has received its 10th award, this time at the RiverRun International Film Festival, the movie’s Facebook page said, posting the statement of the jury. The movie won Best Documentary Feature at the festival.

“The jury’s top prize goes to I AM NOT ALONE, directed by Garin Hovannisian. This gripping film reminded us of the power of the best documentary filmmaking: to open our eyes to a story we didn’t know, and present it with artistry and skill”, the statement of the jury says.

The film traces Nikol Pashinyan, a journalist and political prisoner turned political activist, as he marches against the Armenian prime minister Serzh Sargsyan.

“What starts as one man walking across the country unfolds before our eyes to become a mass movement. Watching the film is more than a passive observation of a political movement; Hovannisian fully immerses the audience in the story, from beautifully sweeping drone shots to ordinary citizens’ cellphone footage”, the statement said.

The jury found this film an enlightening and inspiring watch, taking a complex subject and presenting it in an entertaining, tightly edited narrative that shows multiple sides of a complex and urgent story. “In the midst of an election year, I Am Not Alone is a potent reminder of the power of the people”, the jury said.

The premiere of the movie was held on September 7, 2019, on the sidelines of the Toronto International Film Festival.