Armenian Caucus of US Congress condemns Azerbaijani violence on border 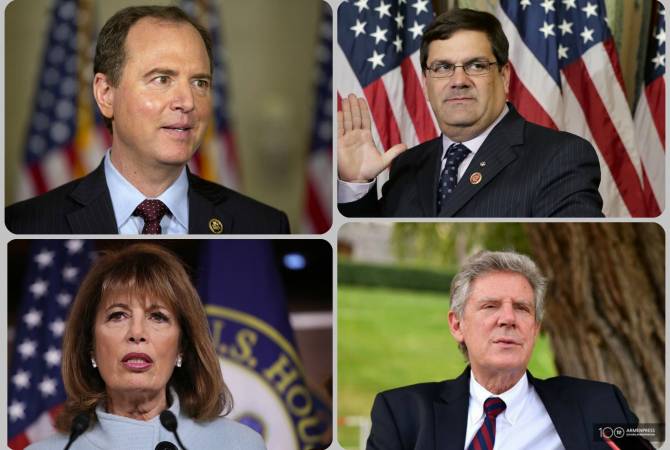 
YEREVAN, JULY 16, ARMENPRESS. The Co-Chairs of the Armenia Caucus of the US Congress condemned the violence along the Armenian-Azerbaijani border near the village of Tavush and called on the Trump Administration to hold Azerbaijan accountable, ANCA reports.

"We are extremely concerned about the recent surge in violence along the Armenian-Azerbaijani international border near the village of Tavush. The recent outbreak of violence appears to be part of a deliberate campaign of incitement given the consistent barrage of combative rhetoric and provocative actions taken by from Azerbaijani President Ilham Aliyev and his ally, Turkish President Recep Tayyip Erdoğan," the letter states.

The letter also expressed concerns about U.S. security assistance to Azerbaijan and its potential use against Armenia.