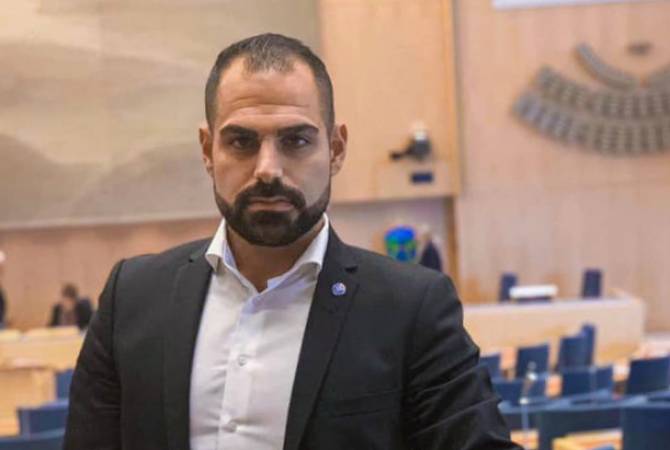 
YEREVAN, JULY 16, ARMENPRESS. The conflict between Armenia and Azerbaijan has already claimed lives, now we are again on the verge of war and should fight for peace, ethnic Armenian MP of the Swedish Parliament Arin Karapet said on Facebook.

“Recently the Azerbaijani troops launched an attack on an Armenian bordering military base, firing mortar shells at the settlements. Exchange of fire has taken place from both sides, and there is a danger of one more bloody conflict. The recent events should be condemned, and the two countries should return to a negotiation table. The war will only lead to human sufferings”, the MP said.

According to him, Sweden can and should act now and contribute to preventing a new bloody conflict.

“We are a member of the OSCE Minsk Group which has been created specially for the mediation between the two countries during the war in the 1990s. We can be constructive through it and call for restraint.

Now we need to condemn the violence and work actively for installing latest surveillance technologies along the border. This allows independent countries to control the conflict in the real time and contribute to accountability. Eventually, it can lead to the political solution of the conflict, rather than the military one”, the ethnic Armenian lawmaker said.