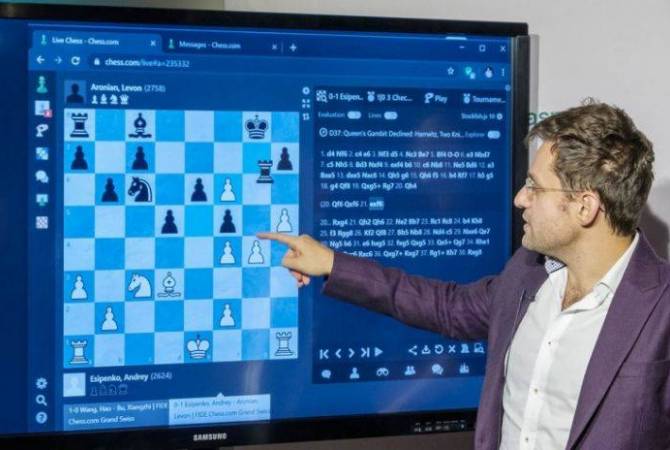 
YEREVAN, AUGUST 28, ARMENPRESS. Armenia Chess Team has boycotted Online Olympiad and did not play the 2nd match against India.

ARMENPRESS reports the Chess Federation of Armenia issued a statement over the incident.

''In quarter final match of Online Olympiad team Armenia faced India. When the score was 2,5 – 2,5 , GM Haik Martirosyan lost connection with official platform of the tournament chess.com and lost the game on time. The situation was draw. Also Haik Martirosyan did not disconnect from Zoom video call.

Armenian Chess Federation officially filled a protest against this decision. After two hour consultations our appeal was declined and Armenia lost the first match. IT specialist of Armenian Chess Federation proved that player Haik Martirosyan was connected to internet, during disconnection to server Haik Martirosyan was not disconnected from Zoom call and if the problem was in internet than he would be out of Zoom as well. Our IT specialist mentioned that federation has internet from two different sources and if one line is down the router automatically connects to the second line within seconds and in this case the IP address changes. Chess.com acknowledged that there was no internet loss on Haik Martirosyan's side, but could not explain why they did not receive his moves.

Our team believes that the decision is highly unfair and they can’t play in this kind of competetions and boycotted the second match as gesture of protest against this kind groundless decision.

Armenian Chess Federation requested information regarding load of chess.com servers and networks but received no answer'', reads the statement.