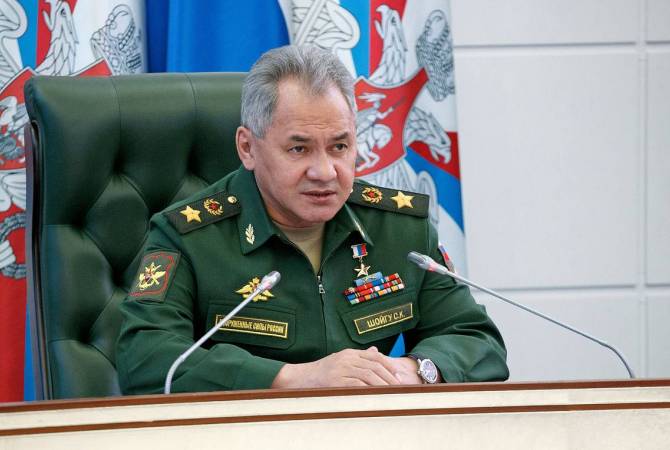 
MOSCOW, OCTOBER 13, ARMENPRESS. Russia’s Defense Minister Sergey Shoygu has expressed concern in a telephone conversation with his Turkish counterpart Hulusi Akar over the transfer of militants from terrorist organizations from the Middle East into Nagorno Karabakh.

“Reports on militants from terrorist organizations from the Middle East being transferred to the Nagorno Karabakh conflict zone are especially concerning for the Russian Defense Ministry,” the ministry said, adding that the concern was conveyed to Turkey’s Defense Minister Hulusi Akar by Russia’s Defense Minister Sergey Shoygu in a telephone conversation on October 12.

The Russian Defense Ministry said it is actively involved in working to speedily stabilize the situation in Nagorno Karabakh. The ministry said that Shoygu has held negotiations with his counterparts from different countries over this issue, with the main goal being the immediate cessation of hostilities and resumption of negotiations.

The reports on Azerbaijan using mercenaries from various terror groups, including jihadists, in the attacks on Artsakh have been confirmed and substantiated with evidence by the Armenian intelligence agency. French President Emmanuel Macron had also announced that he possesses evidence that hundreds of ISIS-affiliated militants have been transferred to fight from the Azeri side against Artsakh.

A source in the Pentagon, the Russian intelligence agency, as well as Syrian President Bashar al-Assad have also confirmed this.