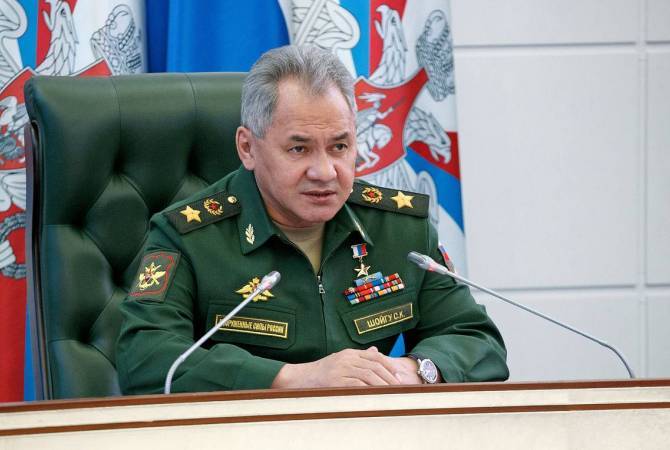 During the phone talks the Russian defense minister called on to fully implement the obligations assumed by the sides in Moscow on cessation of hostilities.

“During the talks Sergei Shoigu called on his counterparts to fully implement the obligations of the Azerbaijani and Armenian sides in accordance with the agreements reached in Moscow on October 10”, the statement of the defense ministry says.

On September 27 Azerbaijan, with the support of Turkey, launched a massive attack against the Republic of Artsakh (Nagorno Karabakh), by using all its ammunition, targeting also the civilian infrastructures both in Artsakh and Armenia. There are confirmed reports that there are mercenaries in the Azerbaijani army brought from Syria by Turkey for fighting against the Armenian side.

On October 10 an agreement has been reached in Moscow between the Russian, Armenian and Azerbaijani foreign ministers on cessation of hostilities in the NK conflict zone for humanitarian purposes. However, minutes after the agreement entered into force Azerbaijan again launched attacks against Artsakh and till now continues violating the humanitarian truce.