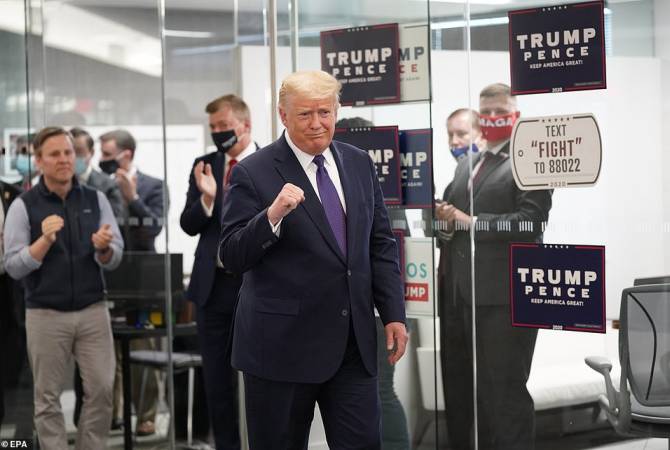 
YEREVAN, NOVEMBER 4, ARMENPRESS. US President Donald Trump has called on his supporters to get ready for celebrating his victory in the presidential election.

“We are getting ready for a big celebration. We were winning everything. The results tonight have been phenomenal. Just get outside and celebrate something that was so beautiful, so good. Such a vote, such a success. The citizens of this country have come out in record number”, Trump said at a meeting with his supporters.

He said they won in states they didn’t expect to win. “We won Ohio, Texas. We also won Georgia, North Carolina. We are also winning Pennsylvania”, Trump said.