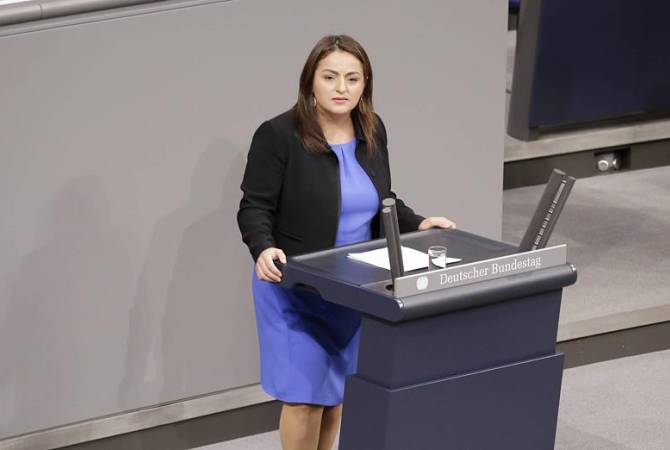 
YEREVAN, NOVEMBER 6, ARMENPRESS. Member of the German Bundestag from The Left Party Sevim Dağdelen has urged to suspend the activity of the Turkish ultra-nationalist “Gray Wolves” group in Germany.

“The Federal Government has to immediately follow France’s example and ban the Federation of Associations of Turkish Democratic Idealists (ADÜTDF), which is the umbrella organization of the Gray Wolves in this country”, MP Sevim Dağdelen said.

Dağdelen said they push Germany into polarization and division with provocations against Kurds, Armenians, Alevis, Greeks and Jews.

ADÜTDF is an extremist rightest organization, having nearly 7,000 members according to various estimates.

“The Gray Wolves, together with the right-wing Turkish party – the Nationalist Movement, have close links with the circle of terrorist President Recep Tayyip Erdogan. There should be zero tolerance for Islamist and fascist organizations in our country. For that purpose we need to follow France’s example”, Sevim Dağdelen said.

On November 4, 2020, French Minister of Interior Gérald Darmanin announced that France has officially banned the activity of Gray Wolves.

Reporting by Hermine Minasyan; Editing and Translating by Aneta Harutyunyan