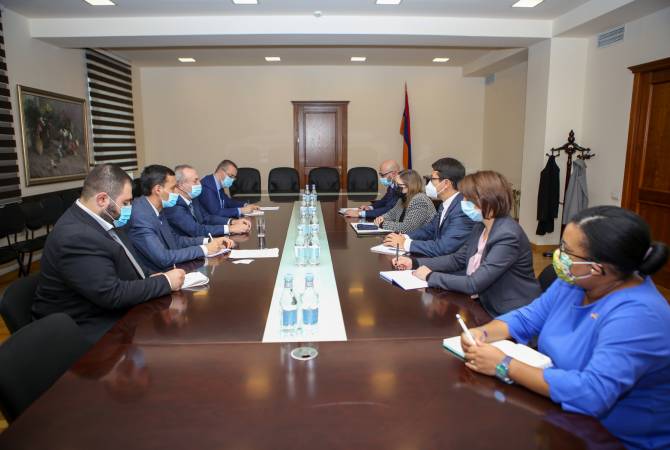 
YEREVAN, DECEMBER 9, ARMENPRESS.  Minister of Education, Science, Culture and Sports of Armenia Vahram Dumanyan received on December 9 the delegation led by Ambassador of the USA to Armenia Lynne Tracy.

Greeting the guests, Minister Dumanyan emphasized the importance of the activities of the U.S. Embassy and its joint programs with the Ministry. Focusing on the Azerbaijani policy of eradicating the Armenian historical-religious heritage during and after the war, Vahram Dumanyan proposed to observe the possibilities of expanding cooperation in the sphere of culture.

‘’At the moment the Armenian cultural and religious monuments that have passed under the Azerbaijani control are being destroyed and distorted. Azerbaijan's policy of cultural genocide violates international norms and contradicts universal values’’, Minister Dumanyan said, adding that he expects the assistance of also the U.S. Embassy in protecting Armenia’s material and mom-material heritage.

Thanking for the reception, Ambassador Lynn Tracey noted that they are ready to expand cooperation and help Armenia overcome the difficulties of the post-war period as soon as possible.

Other issues of mutual interest were also discussed during the meeting.