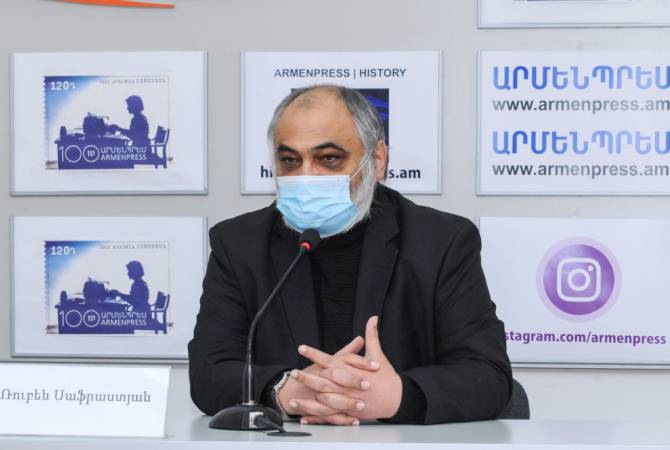 
YEREVAN, DECEMBER 11, ARMENPRESS. The recent statements of Azerbaijani president Ilham Aliyev show his expansionist aspirations towards Armenia, Expert on Turkish studies Ruben Safrastyan said at a press conference in Armenpress, stating that Aliyev, in fact, is telling the whole world about his aggressive policy.

“When the war started, I was already saying that Azerbaijan’s and Turkey’s goal is not only to attack and capture Artsakh, conduct genocide against Armenians of Artsakh, but also to weaken the Republic of Armenia. In fact, Erdogan is trying to continue the genocidal policy adopted by Young Turks, by using Azerbaijan”, Ruben Safrastyan said, adding that the whole people in Azerbaijan are under influence of fake history propaganda.

The expert said Armenia should resolutely counter that statements. It should counter using both the historical facts, as well as revealing the main essence and goals of that dangerous, aggressive policy of Azerbaijan and Turkey. Safrastyan said it’s highly important to make it clear that the recent war unleashed by Turkey and Azerbaijan against Artsakh was out of all rules of war operations. They committed numerous crimes against humanity, which should be punished, according to the expert.