From Army to IT Industry: Soldiers who participated in war to acquire skills in technology field | ARMENPRESS Armenian News Agency

From Army to IT Industry: Soldiers who participated in war to acquire skills in technology field 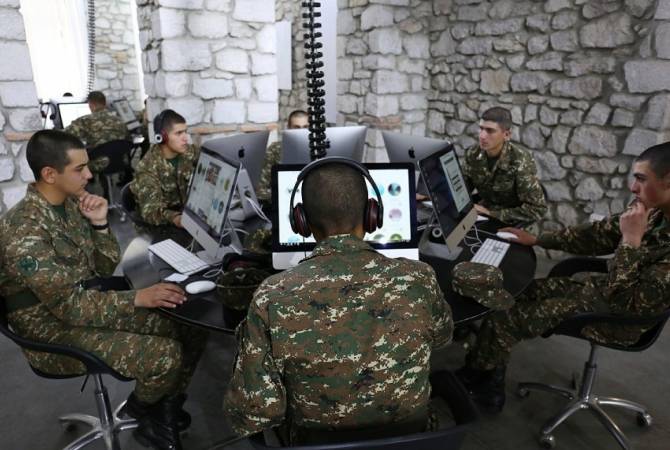 
YEREVAN, DECEMBER 15, ARMENPRESS. Armenian soldiers who participated in the September 27, 2020 war launched by Azerbaijan against Artsakh, the disabled servicemen, their family members, as well as the family members of fallen soldiers will have an opportunity to develop their skills in the IT sector.

The Union of Advanced Technology Enterprises (EATE) of Armenia restarts its project “From Army to IT Industry”, aimed at solving the education and employment issue of the beneficiary groups in the technology sector. The UATE is working jointly also with the Armenian ministry of high technological industry, providing free participation to online technology education courses conducted by the ministry for the persons who have participated in the war operations.

“It is expected to have 100 registrations by January, and then to start grouping. We will select the beneficiaries based on knowledge, skills, a math base test will be conducted. We provide a chance to those who want to study, trying to contribute to solving the employment issue of our beneficiaries. The classes will be held online”, she said.

This program has been implemented since 2016 after the April War. The program beneficiaries were soldiers who participated in the April War. Asya Sepkhanyan said the results of the program were satisfactory: a total of 168 soldiers participated in the program in 2016. After the course the participants have passed an internship and then have worked at Optym, Instigate Mobile, AugmentAr, SoftConstruct, Synergy International Systems, Arloopa and other companies. Some of them are currently working at Armath engineering laboratories as head of the group. As a result of the project, the group members have created the InnoSoft startup with InnoPark app.

Deputy minister of high technological industry Viktoria Poghosyan told Armenpress that they are closely cooperating with the UATE, and following the discussions over the project “From Army to IT Industry” a decision was made to join it to the ministry’s existing education program.

“During the discussion of the project it was stated that it can be more large-scale. Most of the finance is covered by the state, the rest by the UATE thanks to its companies. Thus, we found an opportunity to give a chance to more people to study, develop their skills”, she said.

The ministry of high-tech industry has different educational programs aimed at enabling people to study, try to use their capacities in the technology market. These educational programs involve both economic and social component. The results of the activities carried out this year are satisfactory. Many people want to receive education, develop their skills and try their capacities in the technology field.

Reporting by Anna Gziryan, Editing and Translating by Aneta Harutyunyan