‘We are losing security’ – alarms Mayor of Kapan, now only 1km away from Azeri territory | ARMENPRESS Armenian News Agency

‘We are losing security’ – alarms Mayor of Kapan, now only 1km away from Azeri territory 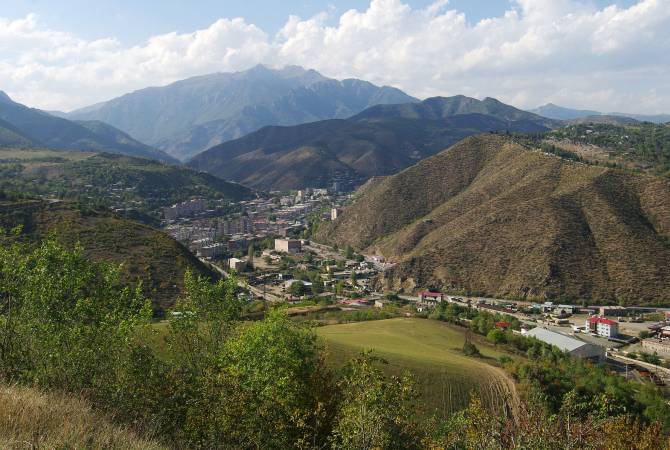 
YEREVAN, DECEMBER 16, ARMENPRESS. Several villages of the Municipality of Kapan in Armenia’s southeastern province of Syunik are now bordering Azerbaijan due to the new realities. These villages are: Davit Bek, Kaghnut, Uzhanis, Yeghvard, Agarak, Ditzmair, Syunik, Geghanush, Tchakaten, Shikahogh, Srashen, Nerkin Hand and Tsav. The town of Kapan, the municipality’s administrative center, is also among them.

Numerous problems emerged after the Artsakh war, but today the residents of these villages want the answer to only one question: how will their security issue be solved?

The Mayor of the Municipality of Kapan Gevorg Parsyan told ARMENPRESS that the security issue has become top priority, and it’s not about any given incident, but the residents’ concern is related to the future process of the demarcation.

“We are losing security, do you understand? Only after this come the material issues. Indeed, our opportunities were cut – pastures, arable lands and forests. Big agriculture-related damages will occur, but now our top priority is to maintain security of the residents, while all other socio-economic matters are currently secondary issues,” the mayor said, adding that they have recruited volunteers to more efficiently organize the process of ensuring security.

Parsyan said demarcation hasn’t yet been implemented in his municipality’s borders, and that there is a lot of uncertainty around the clarification of the border. He said that neither he nor the residents know what to expect.

“If the border line is to be drawn in accordance with the USSR’s border lines, then serious security problems will emerge. If, for example, in case of Tavush the villages are to some extent far from the border, in case of the town of Kapan it’s just about a 1km distance,” Parsyan said.

Mayor Parsyan says the new realities have deprived the local residents of many things, and economic opportunities were cut. He says they need to implement new projects so that the residents are able to adapt to the new realities and develop skills. As the Mayor once again started noting the many socio-economic problems, he again assured that security is the priority issue now.

Before the 2020 Nagorno Karabakh (Artsakh) War, the Armenian province of Syunik was bordering territories controlled by the Republic of Artsakh to the east. These territories have now come under Azeri control.

Reporting by Anna Gziryan, Editing and Translating by Stepan Kocharyan