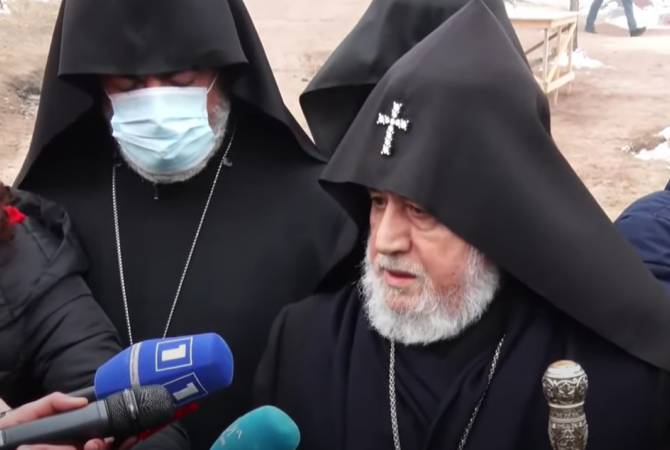 “There is no change in our convictions and stance,” the Armenian Church leader told reporters at the Yerablur military cemetery where he was visiting to honor fallen troops on Army Day.

“Never before has the country been in such a difficult situation, we’ve never had such a loss of the homeland, the country has never faced such dangers. Uncertainty for tomorrow has never been so alarming for our people. In such conditions, naturally the church had to express itself,” Garegin II said.

He reiterated that the church is guided by national and state interests, and if the church’ stance is in line with the stance of any group or political force it shouldn’t be interpreted as bias for any given political party. “The Church is above politics,” he said.

Aram I, the  Catholicos of the Great House of Cilicia of the Armenian Apostolic Church, joined Garegin II in the appeal.