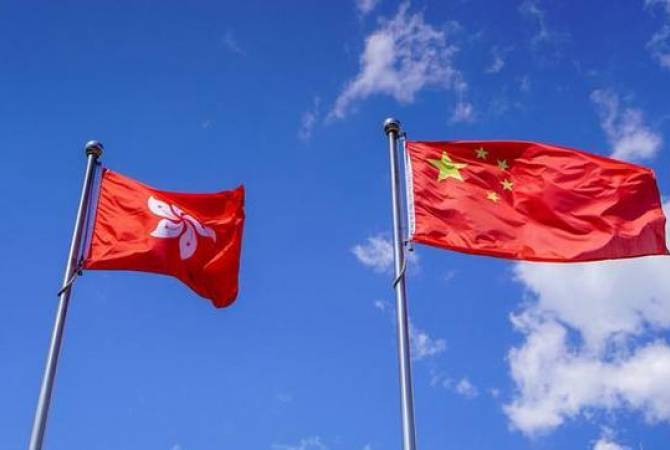 
BEIJING, Feb. 23 (Xinhua) -- A senior Chinese official on Hong Kong affairs on Monday said it is imperative to improve the electoral system to ensure Hong Kong is governed by patriots.

Improving related systems, especially the electoral system, is "the most critical and urgent" task for implementing the principle of "patriots governing Hong Kong," said Xia Baolong, vice chairman of the National Committee of the Chinese People's Political Consultative Conference and head of the Hong Kong and Macao Affairs Office of the State Council.

Addressing a high-level symposium on Hong Kong affairs, Xia spelled out five principles that must be upheld in this process.

The Constitution of the country and the Basic Law of the Hong Kong Special Administrative Region (HKSAR) must be strictly followed, Xia said, adding that loopholes of related laws should be plugged based on the experience drawn from the "one country, two systems" practice.

Xia said the executive-led system must be enforced, adding that the chief executive is at the core of the HKSAR power structure and its operation.

The related institutional framework must be improved and effective methods formulated to ensure that members of the executive, legislative and judicial organs of the HKSAR and chief officials of its major statutory bodies are genuine patriots, Xia added.

"The key positions must never fall into the hands of anti-China disruptors," noted Xia.

The purpose of improving Hong Kong's electoral system is to safeguard the healthier and smoother development of the region's democratic system, Xia said.

Reiterating that "one country, two systems" will never be changed, Xia explained that all the efforts made by the central authorities are for the adherence and improvement of this principle and the steady and sustained development of its practice along the correct path. Enditem