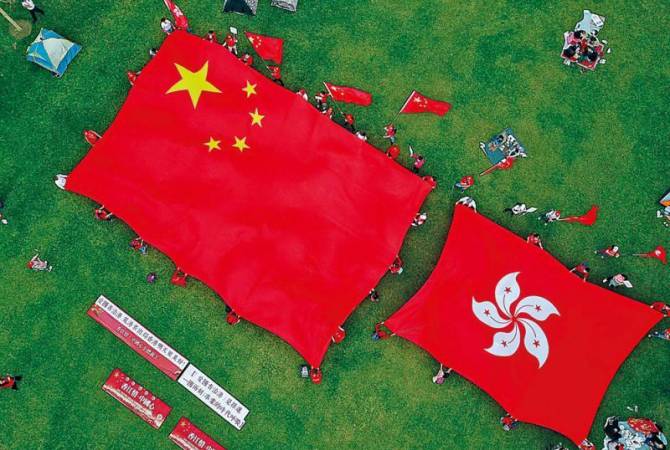 "Patriots governing Hong Kong" means that Hong Kong must be governed by patriots and the power of the Hong Kong Special Administrative Region (HKSAR) must be in the hands of patriots, said Xia Baolong, vice chairman of the National Committee of the Chinese People's Political Consultative Conference and head of the Hong Kong and Macao Affairs Office of the State Council.

Addressing a high-level symposium on Hong Kong affairs, Xia pointed out that from the very beginning of its formation, "one country, two systems" has contained the important connotation of "patriots governing Hong Kong."

In addition, China's resumption of exercise of sovereignty over Hong Kong can only be truly realized when the jurisdiction of Hong Kong is in the hands of the Chinese people who love the motherland and Hong Kong, Xia added.

He said "patriots governing Hong Kong" is the fundamental principle that must be followed in order to fully and faithfully implement "one country, two systems."

"It is a basic political ethic that the jurisdiction of Hong Kong, a special administrative region of the People's Republic of China, must be in the hands of patriots," Xia said.

He said around the world, people running for public office try all the means to show their patriotism.

"How absurd it is that in Hong Kong there were people who touted their betrayal of the motherland as a political asset and even demonized their own nation as election slogans," Xia said.

The implementation of "one country, two systems," however, is not always smooth sailing, he said, noting some phenomena and problems that challenge the principle's bottom line.

There have been some anti-China disruptors, "Hong Kong independence" elements and other radical separatists who entered the governance architecture of the HKSAR through a variety of elections, Xia said, pointing out that these people had spread ideas of "Hong Kong independence," resisted the jurisdiction of the central authorities, and wantonly interfered in the governance of the HKSAR government.

"One of the direct causes is that the principle of 'patriots governing Hong Kong' has not yet been put into effect in all fields of endeavor," Xia added.

People from across Hong Kong society have come to realize that resolutely implementing the fundamental principle of "patriots governing Hong Kong" is a responsibility shared by all, Xia said. Enditem