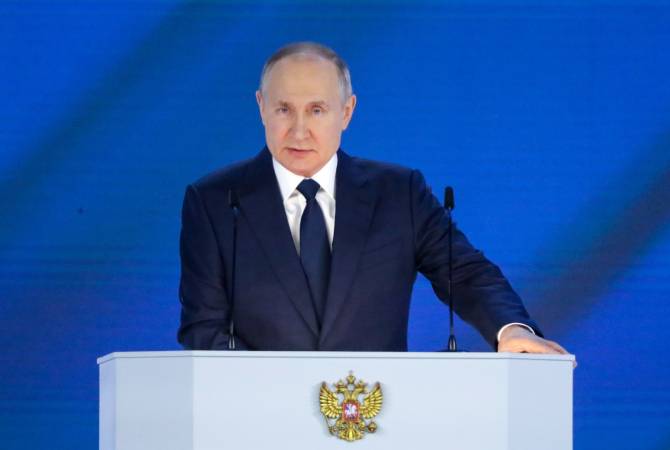 
YEREVAN, APRIL 21, ARMENPRESS. While delivering his State of the Nation Address to the Federal Assembly today, Russian President Vladimir Putin has also touched upon Russia’s role in stopping the recent war in Nagorno Karabakh.

“Russia is always open for broad international cooperation. We consistently support preserving and strengthening the UN’s key role in international matters, seek to assist solving the regional conflicts and have already done a lot for the stabilization of the situation in Syria and the establishment of political dialogue in Libya. As you know, Russia played a major role in stopping the armed conflict in Nagorno Karabakh”, the Russian President said.