International justice must condemn those responsible for genocide – Swiss MP 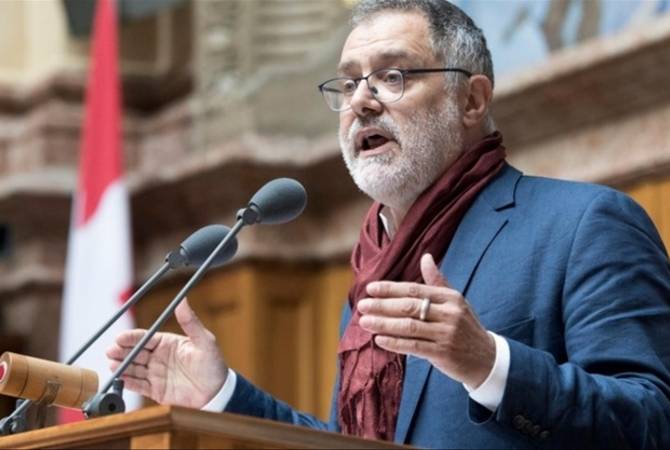 
YEREVAN, APRIL 26, ARMENPRESS. Member of the Council of States (upper house) of the Federal Assembly of Switzerland Sommaruga Carlo believes the world should have the courage and give absolute priority to humanity by recognizing the Armenian Genocide.

The lawmaker gave an interview to ARMENPRESS over the topic.

-In your opinion, 106 years after the Armenian genocide, what should be the main task of advanced humanity in terms of recognition, condemnation and prevention of such crimes?

-Genocide is only possible when human beings lose their humanity in the eyes of others. Education, information and exchange are essential for the mutual understanding of persons and peoples and thus prevent this dehumanization. But it is of course necessary to denounce and fight hate speech and that international and national justice judge and condemn those responsible for crimes against humanity and genocide.

-Is recognition by Turkey possible given the aggressive and negationist policy of this country?

-The recognition of the genocide by Turkey is certainly possible. But it will not come quickly. The recognition of state crimes by a state and its citizens requires the acceptance of a process of revisiting history, accepting the new look on the despicable acts committed and finally apologizing. For this to happen, the framework for such a process must be created and the political will must be there to move forward step by step. This is only possible within the framework of a democracy with respect for freedom of expression, respect for the rights of minorities and respect for the autonomy of research. This is clearly not the case in Turkey at present.

-What can the Armenian people expect in terms of fair redress?

-The essential element is the undisputed recognition of the genocide and certainly the creation of a fund created and fed by the Turkish State, successor of the Ottoman Empire, to help the descendants of the victims who are in need today, but above all for the restoration of the Armenian memory in Turkey, notably through the development of tangible and intangible cultural assets.

-Are Turkey's recognition and apology sufficient to restore historical justice?

It is impossible for a non-Armenian like me to say. But one thing is certain. The recognition of the suffering of the Armenian people, like that of other peoples and populations who have suffered genocide, must remain alive and constantly reminded to future generations.

-While the Swiss representative’s house, the National Council, has recognized the Armenian Genocide, both the Senate, the Council of States, and the Government have yet to take this necessary step. The Swiss people have always shown great solidarity with the Armenians. I am convinced that a large majority of the Swiss people recognize and will approve the recognition by the Swiss government the genocide committed against the Armenians in 1915.

-In your opinion, what prevents many countries in the world from recognizing the Armenian Genocide?

-These are primarily geopolitical considerations. We must have the courage to go beyond them and give absolute priority to humanity.

19:52, 06.24.2022
2464 views The Chinese Ambassador to Armenia attaches importance to cooperation with Shirak Province in various fields