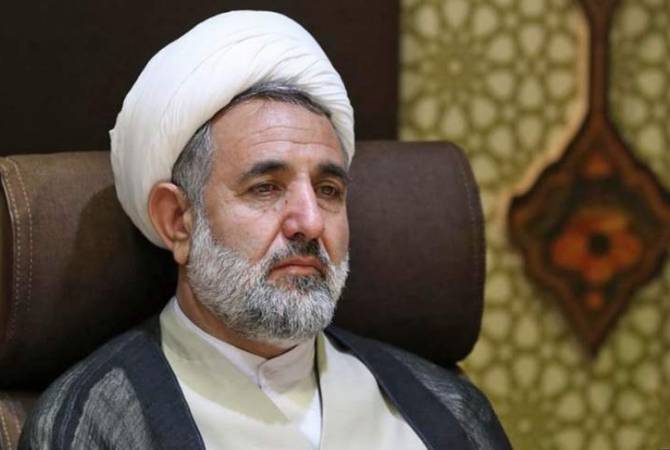 
YEREVAN, MAY 17, ARMENPRESS. The Islamic Republic of Iran doesn’t accept any change of the region, the territorial integrity of the countries of the region should be maintained, Mojtaba Zolnour, chairman of the Iranian parliament’s national security and foreign affairs committee, said, commenting on the current situation on the Armenian-Azerbaijani border and the recent illegal incursion of the Azerbaijani armed forces into Armenia’s territory.

“The position of the Islamic Republic of Iran is very clear, concrete and decisive: we do not accept any change of the region, the territorial integrity of the countries of the region must be maintained, we do not accept any extra-regional force near our borders. If they want to take a part of Armenia’s territory, and our borders change, and we have a new neighbor, that’s unacceptable for us. The past borders must be fully protected and the common border of Iran with Armenia must be maintained”, he said.

“We are neighbors with both countries, and based on the situation of the past, we support the territorial integrity of the two countries without accepting any change in the region”, Mojtaba Zolnour said.