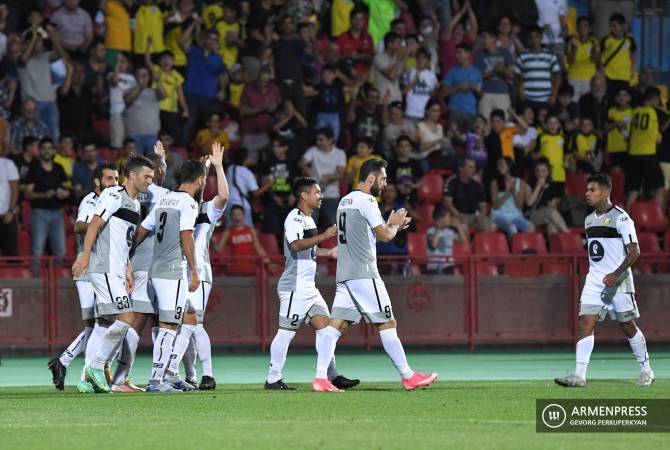 
YEREVAN, AUGUST 12, ARMENPRESS. In the return match of the 3rd round of the Europa League, the champion of Armenia "Alashkert" hosted the champion of Kazakhstan "Kairat". The first meeting of these teams had ended in a draw - 0: 0.

Alashkert was able to score a goal at the 43rd minute.  But after a few minutes, during the added time, "Kairat" scored a goal, making 1-1.

In the second half "Kairat" received two red cards. ‘’Alashkert’’ will compete with Glasgow Rangers led by Steven Gerrard in Europa League play off.