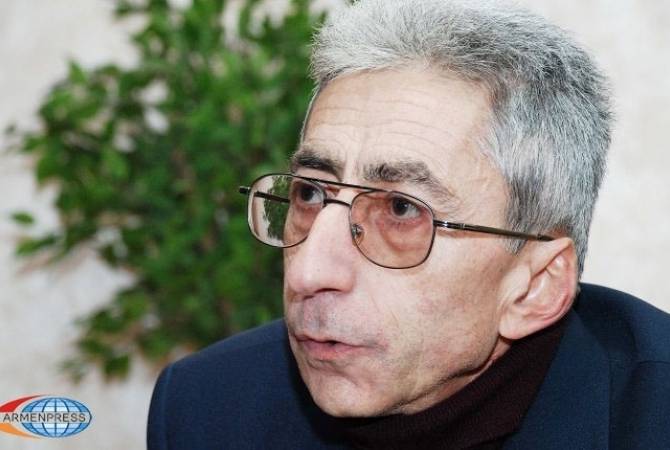 
YEREVAN, AUGUST 30, ARMENPRESS. A senior researcher is warning that the latest statements of Turkish President Recep Tayyip Erdogan on Ankara’s willingness to “normalize” relations with Armenia are from a “genre of fantasy”.

Turkologist Hakob Chakryan told ARMENPRESS that Turkey actually continues its policy based on hostility and preconditions, and basically nothing has changed over this matter.

“Since 1991, Turkey has brought forward thee preconditions for establishing diplomatic ties with Armenia, undue in international practice. One of them – not to mention about 1915 [Armenian Genocide], second – make the Diaspora-Armenians stop their activities against Turkey, i.e. the efforts to achieve the international recognition of the Armenian Genocide, and third – to force the Armenians of Artsakh to accept Azerbaijan’s hegemony. Numerous governments changed since 1991 but the preconditions remained the same, they simply changed the wordings. To think that Erdogan would establish diplomatic relations with Armenia is not realistic,” Chakryan said.

According to Chakryan, Turkey doesn’t have an actual desire to establish diplomatic ties with Armenia because of its “old dream” of having a land connection with Azerbaijan through Armenia’s Meghri. “As long as this objective of theirs isn’t realized Turkey won’t establish relations with Armenia.”

The expert on Turkey underscores that nothing has changed in Ankara’s hostile policy against Armenia, which was most explicitly displayed with their unconditional military and political support to Azerbaijan in the 2020 Nagorno Karabakh war.

“Like before, Turkey continues to encourage Azerbaijan. When Davutoglu was serving as foreign minister he had adopted a political course of ‘zero problems with neighbors’. But today, Turkey doesn’t have a single neighbor with whom it doesn’t have problems, perhaps with the exception of Georgia. That is, the ‘zero problems with neighbors’ policy transformed into ‘zero neighbors without problems’. In these conditions how do you think it [Turkey] would treat Armenia when it [Turkey] is even unable to have normal relations with Arab countries. Thus, to believe what Erdogan is saying would be more than a fantasy genre,” Chakryan said.

The Pashinyan Administration’s 2021-2026 government program mentions that just like before, Armenia is still ready to normalize relations with Turkey without preconditions.

On August 26, Turkey’s President Recep Tayyip Erdogan said that after the 2020 Artsakh war “…..a new door of opportunity has been opened for the lasting peace in our region. If Armenia moves in line with this, Turkey will also act accordingly.”

A day later, Armenian Prime Minister Nikol Pashinyan announced that he “sees some positive signals coming from Turkey in terms of regional peace.” Pashinyan said the Armenian government would evaluate those signals and respond in kind.

Then, on August 29, when asked by reporters to comment on the Armenian leader’s statements, Erdogan said that Turkey is willing to work in the direction of gradually normalizing ties with Armenia based on “respect for each other’s territorial integrity and sovereignty”. At the same time, he hinted “recent history should not be a source of hostility”.

“I wish the new government established in Armenia to be beneficial for the region. There is a need for new, constructive approaches in our region. Although there are differences of opinion and expectation, it will be a responsible course of action to make a sincere effort to develop good neighborly relations on the basis of trust, including respect for each other's territorial integrity and sovereignty. Recent history should not be a source of hostility; constructive steps should be taken for sustainable peace and coexistence. Instead of one-sided accusations, forward-looking, realistic approaches should prevail. We can work to gradually normalize our relations with an Armenian government that has declared its readiness to move in this direction,” Erdogan told reporters, according to Independent Turkce.