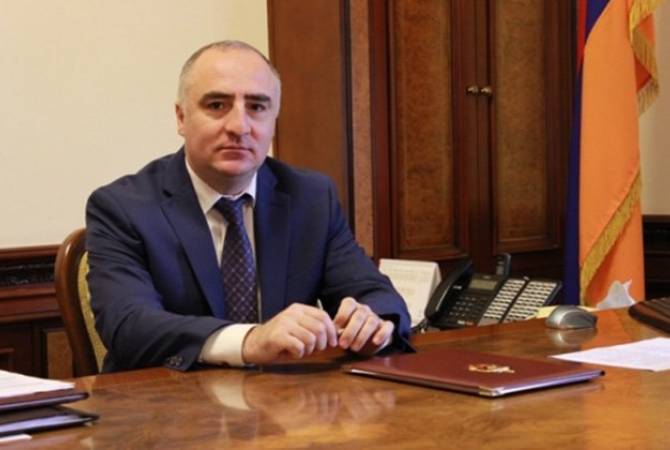 The newspaper had claimed in an article that Khachatryan owns an apartment in Moscow, as well as “numerous other apartments, cars and properties”. Khachatryan was serving as the chief of the Special Investigations Committee when the article was written. He denied the report and demanded the newspaper to retract it, otherwise he said he would file a lawsuit.

Court documents showed that Khachatryan’s defamation lawsuit was lodged at the Yerevan First Circuit Court of General Jurisdiction on September 24. The top anti-corruption official is demanding a retraction (public refutation) and a 2,000,000 dram compensation for damages.

Sources close to Khachatryan told ARMENPRESS that he’s planning to donate the sum of compensation to the rehabilitation center treating war veterans with disabilities in the event of winning the lawsuit.