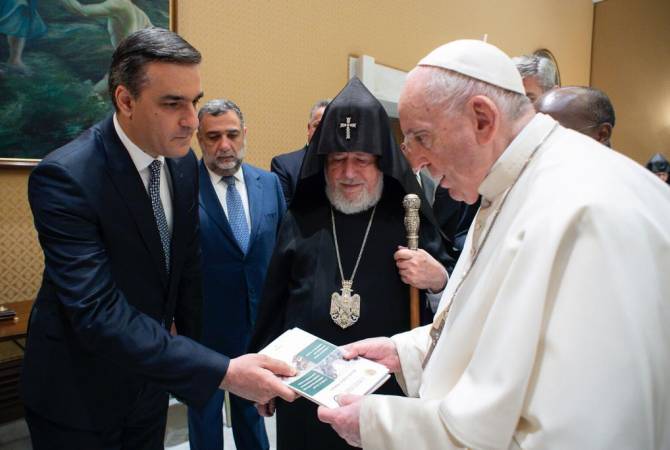 As ARMENPRESS was informed from the Office of the Human Rights Defender of Armenia, before the meeting the protocoal service of the Holy See had informed that during the hand-shaking with the Pope, private conversations nearly never take place. It’s possible to greet him for maximum 1-2 minutes.

“When Pope Francis approached the Human Rights Defender of Armenia, the Catholicos of All Armenians introduced him and said that Arman Tatoyan has soemthing special to say. Tatoyan first expressed gratitude to Pope Francis for the statements urging to end the aggression against Artsakh and releasing the Armenian POWs kept in Azerbaijan. 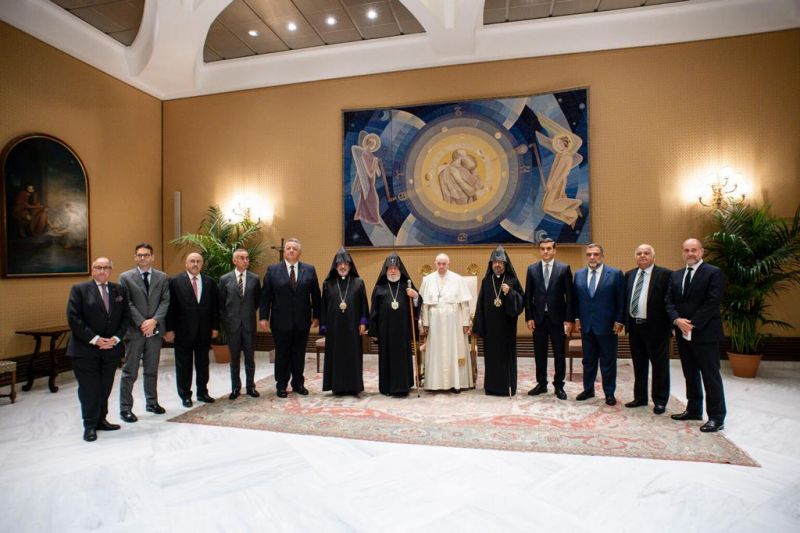 Afterwards, Arman Tatoyan noted that some of the Armenian captives are held illegally in Azerbaijan facing threat to their lives, and spoke about Azerbaijani violations against the border population of Armenia.

He also informed that he has brought reports proving that and handed them to the Pope”, the Ombudsman’s office said.

Pope Francis took the reports, looked through and saw the photos of Azerbaijani cruelty.

“Pope Francis thanked for the important reports and said that they also discussed that issue with Catholicos of All Armenians. Afterwards, during the personal greeting again specially thanked for the important work and for handing the reports. Pope Francis also instructed his assitants to examine them and present to him’’, the Ombudsman’s Office said, adding that three reports have been handed to Pope Francis, one of which is about the so-called “tropy park”, which is a museum of human suffereings under open sky, based on hatred against Armenians.