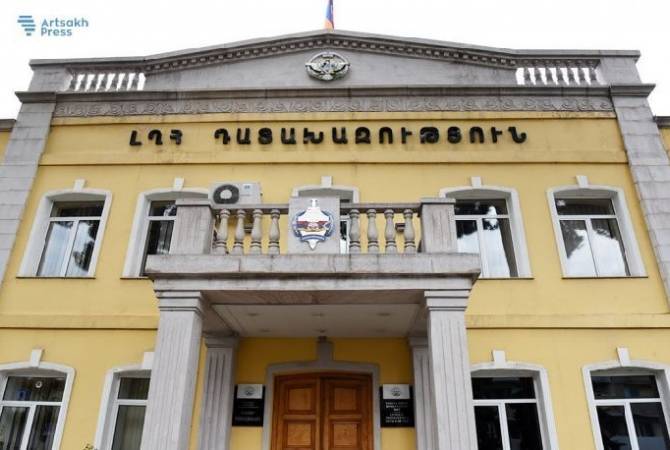 
YEREVAN, OCTOBER 11, ARMENPRESS. Artsakh’s law enforcement agencies have evidence to identify the person who killed civilian Aram Tepnants in Martakert on October 9 and the crime tool, ARMENPRESS was infomred from the Prosecutor’s Office of Artsakh.

“As the Ministry of Internal Affairs of the Republic of Artsakh has already announced, a resident of Martakert Aram Tepnants, 1966, was killed by a shot in the chest fired from a nearby Azerbaijani position while performing agricultural work on arable land in the administrative territory of Martakert city on October 9, 2021”, reads the statement issues by the Prosecutor’s Office of Artsakh, adding that Artsakh law enforcement agencies possess enough evidence to identify the person who killed civilian in Martakert and the tool of the crime.

The Azerbaijani side has not yet issued an official statement on the initiation of a criminal case over the incident.

According to the Prosecutor's Office of the Republic of Artsakh, the law enforcement bodies of the Artsakh Republic are ready to present the evidence to the Russian peacekeeping forces, which proves the criminal encroachment on a citizen of Artsakh by the Azerbaijani armed forces.

It is noted that Azerbaijan, being a member of the European Convention for the Protection of Human Rights and Fundamental Freedoms, has undertaken the obligation to respect the right to life. By failing to fulfill its obligations under the Convention, Azerbaijan gives another opportunity to conclude (the Armenians of Artsakh have long been convinced of this) that such criminal acts are organized, directed, and are not mere acts against a person, but have a terroristic nature and purpose.