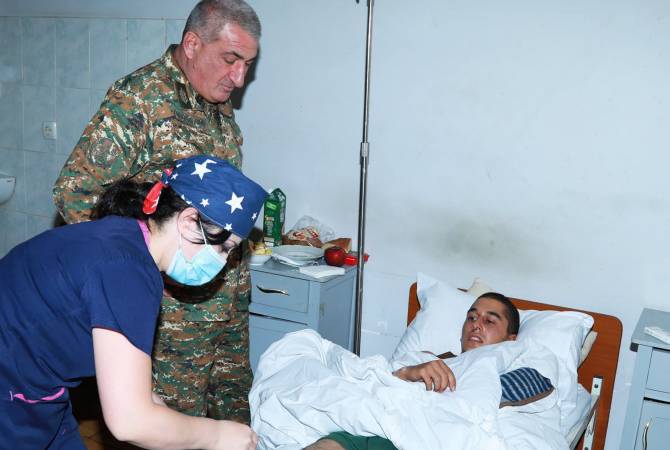 
YEREVAN, OCTOBER 16, ARMENPRESS. The Minister of Defense and Commander of the Defense Army of Artsakh General-major Kamo Vardanyan visited the hospitalized servicemen who were wounded during the October 14 ceasefire breach committed by Azerbaijani troops.

At the Stepanakert Central Military Hospital, Minister of Defense Vardanyan thanked the servicemen for their service and wished speedy recovery.

Doctors assured the General-major that the course of treatment is proceeding without complications and the troops will be able to return to active duty soon.

General-major Vardanyan also visited the military position which was targeted by the Azeri forces on October 14 and reviewed the tactical situation. 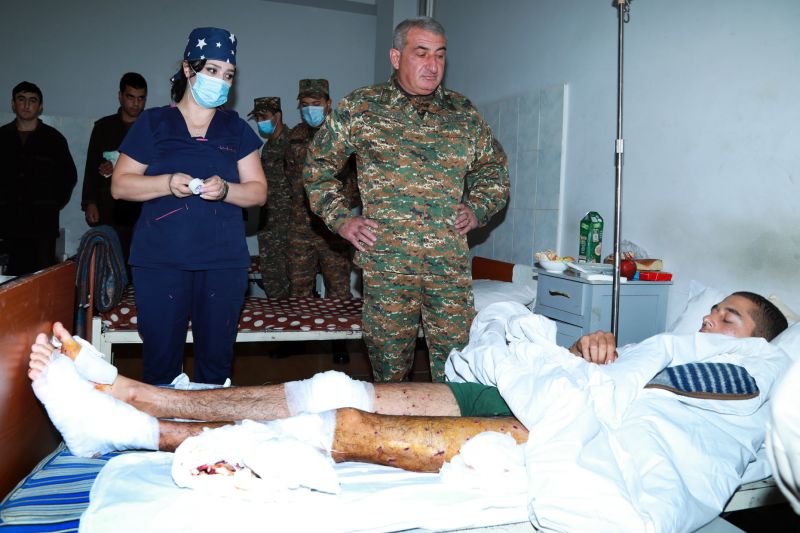 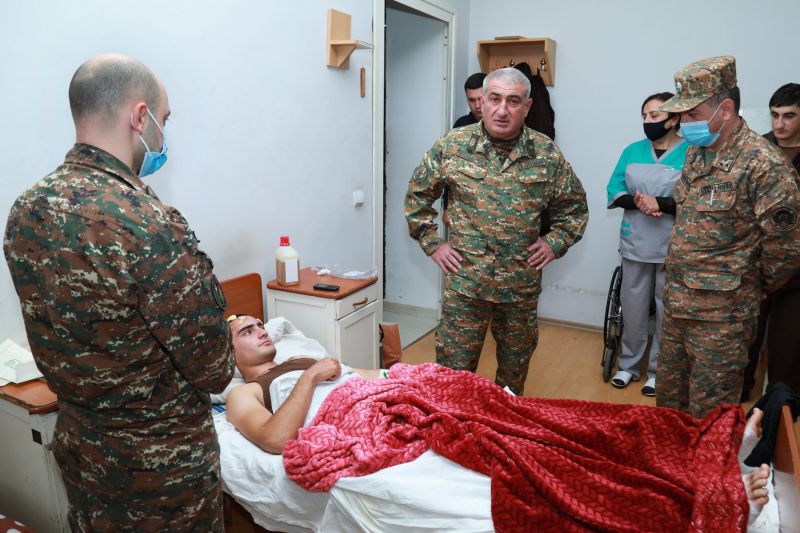