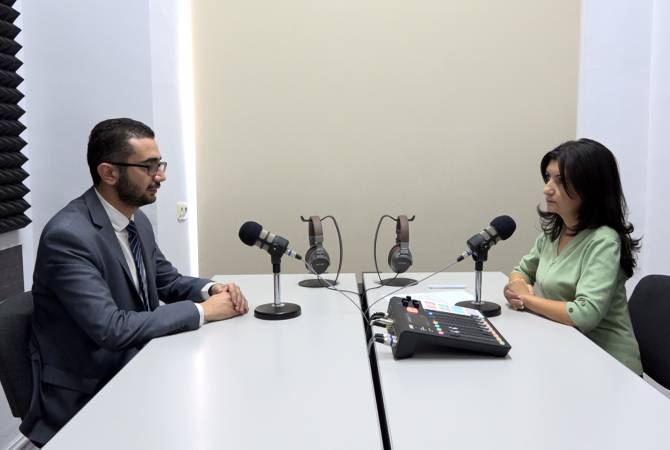 
YEREVAN, OCTOBER 18, ARMENPRESS. Armenia is changing its system of providing work-based residence status to foreigners. The new draft proposes to facilitate the procedure of granting a work permit to foreigners.

Head of the Migration Service Armen Ghazaryan introduced the draft to ARMENPRESS, stating that the changes will enter into force from January 1, 2022.

-What was the reason for coming up with such an initiative and what problem does it solve?

-It’s already two years the works to reform the system on granting an employment-based residence status to foreigners are underway. It supposes quite large-scale legislative and technical amendments, and at the moment those changes are in process. The Parliament adopted respective legislative amendments this year in summer. Amendments were made to the Law on Foreigners, the Labor Code and the Law on State Fee, which will enter into force on January 1, 2022. Complete digitization of the system and the facilitation of the administration are expected. These are, probably, the main changes.

-Can you, please, mention some examples on what we have by the current procedures and what changes are expected from January 1?

-Currently, the process is being done with the following logic: in order to hire a foreign employee, the employer applies to the Minister of Labor and Social Affairs of Armenia, gets a work permit for a foreigner and then the foreigner comes, personally applies to the Police and gets a temporary residency status. In fact, we have two different processes, which are a part of one chain. So what we propose now? We transfer this full chain to a digital platform and synchronize it. The foreigner will receive one document, that is the temporary residence status through employment. In that platform the employer will fill in the job description, and based on this if there is a citizen employee of the Republic of Armenia, the authorized body of labor affairs will propose his/her candidacy to the employer. And if the employee approves it, the process ends at that point and the citizen of Armenia starts working. If no agreement is reached, and a foreigner needs to be hired, his/her data are filled in the respective platform, all security checks are carried out and after that he/she can come and get his/her temporary residence card based on employment.

-Do I understand right that the proposed changes concern both the employers and the foreigners who wish to work in Armenia?

19:52, 06.24.2022
2460 views The Chinese Ambassador to Armenia attaches importance to cooperation with Shirak Province in various fields