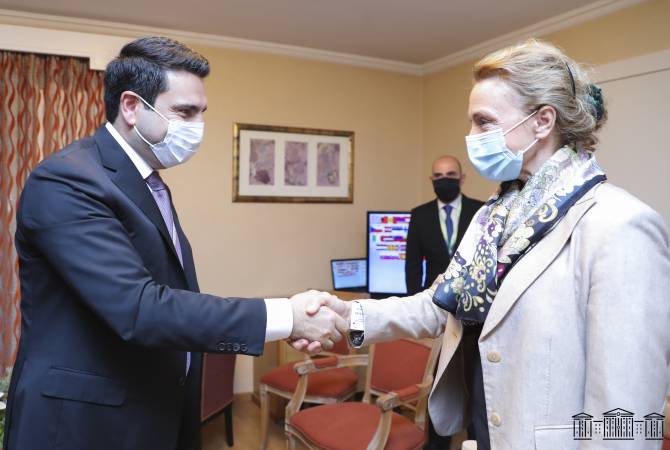 He highly appreciated the role of the Council of Europe and the PACE monitoring institutions in the strengthening of democracy in Armenia. Alen Simonyan referred to the monitoring of the early elections held in Armenia in June 2021 by the Assembly and the high assessment given by it.

The parties referred to the large scale war unleashed by Azerbaijan against Artsakh and post war situation. Alen Simonyan emphasized that Azerbaijan continues to held hostage Armenian prisoners of war and civilian persons, initiating false criminal cases against some of them. The President of the legislative body emphasized the necessity of keeping this issue in focus by the PACE.

Issues related to human rights and democracy were discussed.