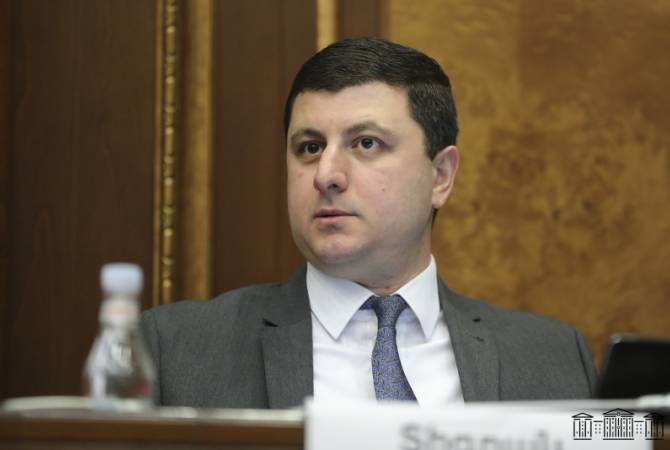 
YEREVAN, OCTOBER 27, ARMENPRESS. The ruling bloc and opposition lawmakers failed to agree upon the text of the National Assembly Statement drafted by the opposition which was supposed to be adopted as result of the urgent discussions on “The Current Situation and Demarcation Issues at the Line of Contact of the Republic of Armenia and the Republic of Azerbaijan”.

The draft statement particularly condemned the 2020 Azeri-Turkish aggression involving terrorist formations and mercenaries against Artsakh, gross violations of international law against captives committed by Azerbaijan after the hostilities ended, the actions committed by Azerbaijan constituting war crimes, the annexation of territories of the Republic of Artsakh by Azerbaijan, the Azerbaijani state-sanctioned Armenophobic rhetoric. It further noted that the abovementioned crimes are still ongoing and that Azerbaijan is displaying aspirations against territories of the Republic of Armenia and Artsakh; and that the determination of borders is the sector of exclusive jurisdiction of bordering countries and that borders are determined through consent of the bordering countries based on international law.

The draft statement noted that the guaranteed exercise of the right to self-determination of the people of Artsakh in their historical territory and the de-occupation of the annexed territories is the main pre-condition of establishing peace in the region in the OSCE Minsk Group Co-Chairmanship format.

Among others, the draft statement, further obliged the government to refrain from engaging in negotiations, written or verbal agreements, which would violate the requirements of the Armenian constitution and the will of the Armenian people enshrined in the Declaration of Independence.

Majority Leader Hayk Konjoryan said they received the draft statement in the afternoon of October 26. “The political majority wasn’t anyhow involved in drafting the statement,” he said. However, Konjoryan noted that despite receiving the text late in the day, they tried to work with the opposition lawmakers to achieve a consensus variant, but failed.

“The clauses and notions in the draft pertaining to the war unleashed by Azerbaijan, the war crimes committed by Azerbaijan, the crimes against humanity – we don’t see any problem with these clauses. Moreover, the parliamentary majority is using all its channels and the government is fighting at all levels to raise awareness on these issues internationally and solve the issues,” he said.

However, Konjoryan claimed that the draft statement included certain terming of domestic political nature, approaches which are part of the opposition’s political narrative, which can’t be included in a statement like this, and therefore they didn’t reach an agreement.

The statement failed to be adopted.