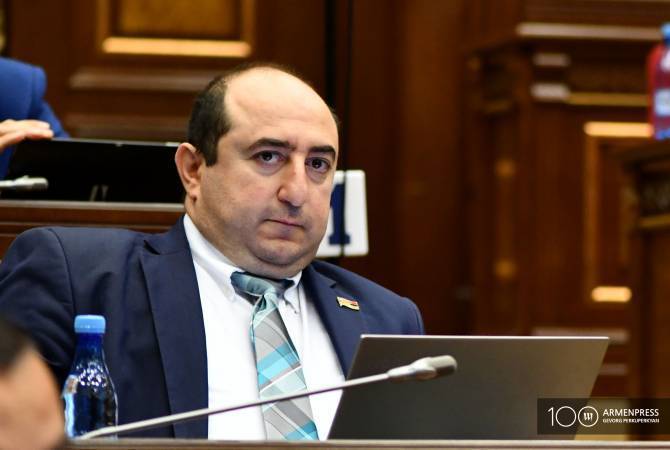 
YEREVAN, OCTOBER 27, ARMENPRESS. The Parliament of Armenia is debating the candidacy of Artak Manukyan for the position of member of the Board of the Central Bank.

Vice Speaker of Parliament Ruben Rubinyan said that the parliamentary standing committee on financial-credit and budgetary affairs is proposing Artak Manukyan’s candidacy. He has been nominated by the ruling Civil Contract party.

“I think I didn’t have any point in my biography which would deter me from applying to this position, taking account the experience I have. I think I can bring certain additional value to the structure like the Central Bank”, Manukyan said in his remarks and thanked the ruling party for nomination.

Manukyan says that he could contribute to the works on developing the CBA strategy if elected.

Previously Artak Manukyan has served as vice-chair of the standing committee on financial-credit and budgetary affairs of the 7th convocation parliament.