COVID-19 incidence increases by 4%, mortality by 5% worldwide in one week, WHO says | ARMENPRESS Armenian News Agency

COVID-19 incidence increases by 4%, mortality by 5% worldwide in one week, WHO says 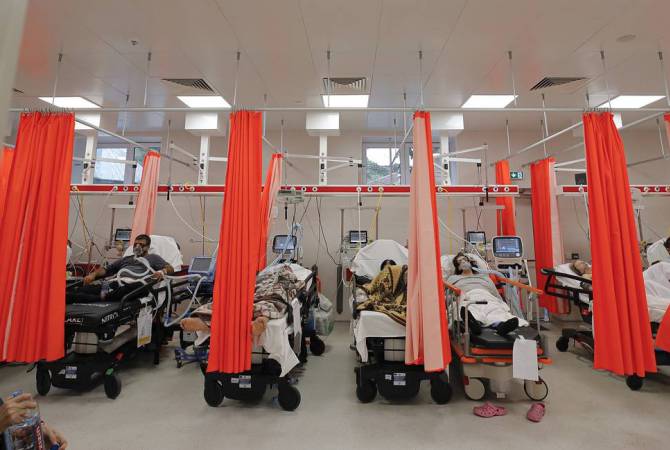 
YEREVAN, OCTOBER 27, ARMENPRESS. Over 2.9 mln people have contracted the coronavirus infection worldwide over the past week, more than 49,000 died. According to the World Health Organization (WHO), the number of new infections has increased by 4% over seven days, while the number of fatalities has gone up by 5%, reports TASS.

"During the week of 18 to 24 October 2021, the global number of new cases increased slightly (4%) compared to that of the previous week, with just over 2.9 million new cases," the WHO’s COVID-19 Weekly Epidemiological Update said. The European region accounted for more than half of new weekly cases. Over one week, only this region has recorded an increase in incidence (by 18%), while it decreased in five other regions. The largest decrease in new cases was documented in Africa (by 21%) and the Western Pacific region (by 17%). The mortality has increased by 5% globally over the past seven days. The highest growth was registered in Europe (by 14%) and South-East Asia (by 13%). At the same time, the number of fatalities has significantly decreased in the Western Pacific (by 16%), Eastern Mediterranean (by 13%) and Africa (by 11%).