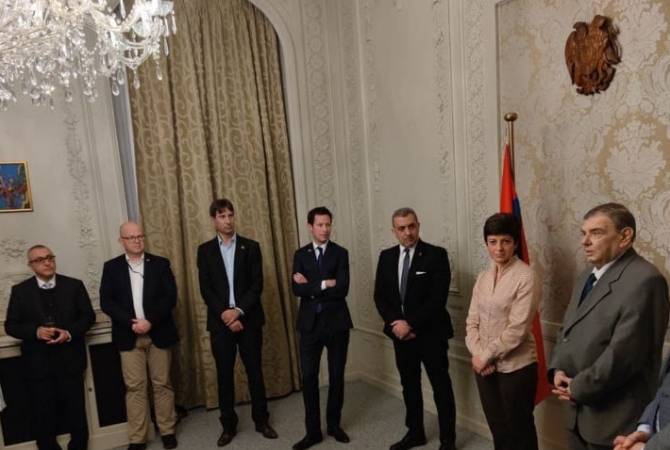 
YEREVAN, NOVEMBER 11, ARMENPRESS. On 9 November the European Parliament (EP) friendship group with Armenia was relaunched. The event also marked the 30th anniversary of the independence of the Republic of Armenia, the European Armenian Federation for Justice and Democracy (EAFJD) said in a statement on social media.

“One of the main goals of the activity of the European Armenian Federation for Justice and Democracy is to broaden the circle of the friends of the Republic of Armenia and the Republic of Artsakh for the sake of justice and in order to defend the Armenian state interest. In order to achieve this goal, the EAFJD traditionally actively cooperates with the diplomatic staff of the Mission of Armenia to the EU.

In his remark during the event the EAFJD President Kaspar Karampetian thanked Loucas Fourlas for his initiative, all the participants of the friendship group as well as the Ambassador of the Republic of Armenia H.E. Anna Aghadjanian for the extensive work. “We are sure that the friendship group will take initiatives to defend justice and help our people in Armenia and in Artsakh, ” Karampetian concluded.

11:29, 05.19.2022
2927 views U.S. recognizes role of population of Nagorno-Karabakh in deciding its future–Ambassador Tracy’s interview to ARMENPRESS