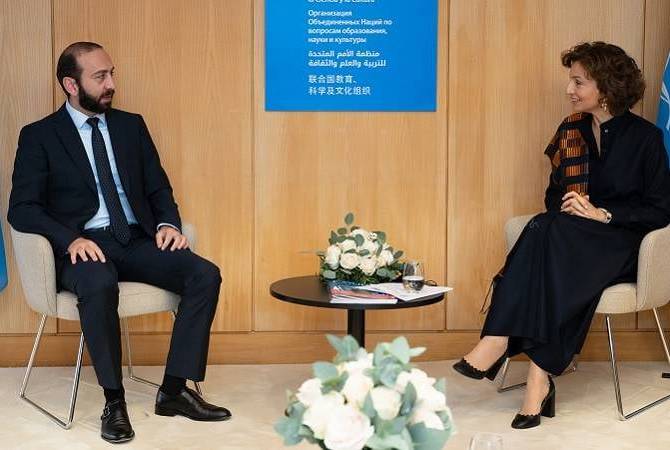 The Armenian FM and the UNESCO Director General praised the productive partnership formed over those years.

Ararat Mirzoyan said that Armenia has always made the maximum efforts to assist UNESCO in the implementation of its key mission in education, science and culture based on common values. In this context he said that Armenia’s membership candidacy for the UNESCO Executive Council for 2021-2025 derives also from the goals of raising the efficiency of those efforts.

The meeting also touched upon the issue of the preservation of the Armenian historical-cultural and religious heritage in the territories of Artsakh which have come under the Azerbaijani control due to last year’s Azerbaijani aggression. Ararat Mirzoyan said that the taking of preventing actions by the international community to prevent Azerbaijan’s deliberate destruction of the Armenian monuments is just an imperative.

In this context he emphasized the importance of implementing the Director General’s proposal to send an independent assessment mission to the region within the frames of the 1954 Hague Convention.