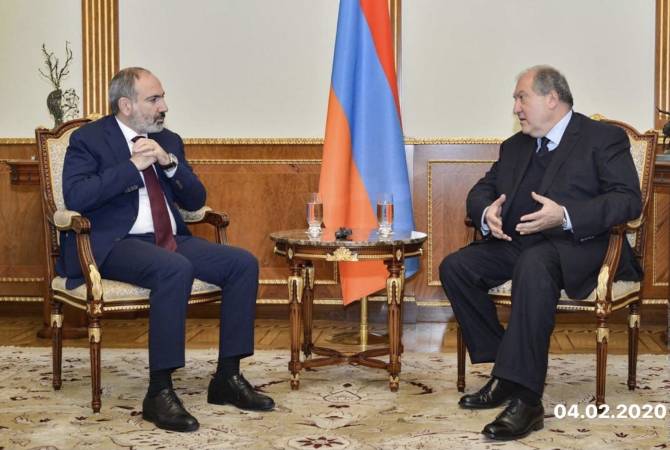 
YEREVAN, NOVEMBER 16, ARMENPRESS. In connection with the border situation created by the Azerbaijani military aggression, the President of the Republic Armen Sarkissian had a telephone conversation with Prime Minister Nikol Pashinyan.

The situation created as a result of the offensive operations of the Azerbaijani side was discussed. The Prime Minister provided information on the encroachments on the borders and territorial integrity of Armenia by the Azerbaijani armed forces, and presented the actions taken by the Armenian Armed Forces.

Considering the pre-planned participation of the President of Armenia Armen Sarkissian in the reputable international conference The Bloomberg New Economy to be held in Singapore, it was considered reasonable for the President of the Republic to use the influential international platform for presenting the encroachments on the territorial integrity of Armenia by Azerbaijani forces, as well as the issue of the return of Armenian prisoners of war illegally detained in Azerbaijan. The conference will be attended by world leaders, heads of international organizations and corporations, influential media.