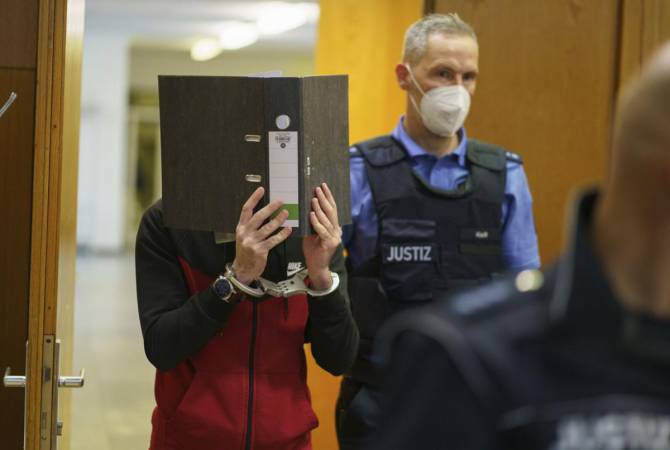 
YEREVAN, NOVEMBER 30, ARMENPRESS. A man was sentenced to life in prison by a German court on Tuesday for crimes committed in Iraq which resulted in the death of an enslaved Yezidi girl, DPA reports.

The Frankfurt Higher Regional Court found Taha Al-J, an Iraqi native whose full name was not released for legal reasons, guilty of genocide and a war crime resulting in death.

He must also pay damages of 50,000 euros (56,391 dollars) to the girl's mother. Presiding judge Christoph Koller said it was the world's first verdict for crimes committed by the self-styled Islamic State terrorist militia against the Yezidi minority.

During the preliminary remarks on the reasons for the verdict, the defendant slumped in the courtroom and the session was interrupted.

Al-J was found guilty of having kept and abused a Yezidi woman and her daughter as slaves between July and September 2015. To punish the 5-year-old, he tied her to a window grate in the courtyard of the property in Fallujah in sweltering heat, where the child died, in agony, of thirst.

Islamic State systematically persecuted the Yezidi religious community during the conflict. Jennifer W, Al-J's former wife, to whom he was married according to Islamic rites, was sentenced to 10 years in prison by the Munich Higher Regional Court in October. As a witness in the trial against Al-J, she had described her former husband as violent. Al-J himself has not commented on the accusations against him.