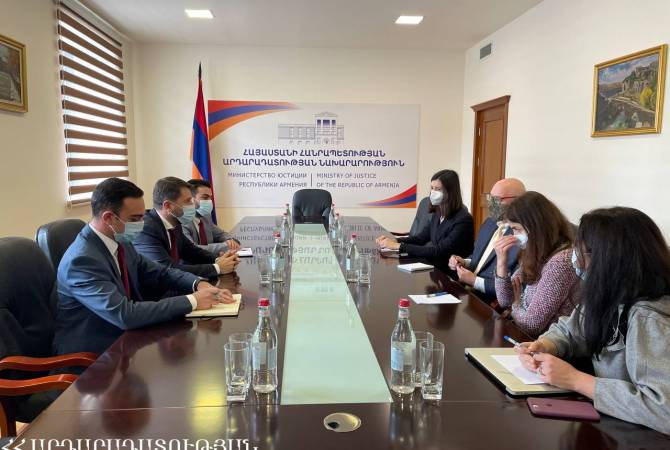 
YEREVAN, DECEMBER 1, ARMENPRESS. Minister of Justice  of Armenia Karen Andreasyan received the representatives of the International Institute for Democracy and Electoral Assistance organization on December 1.

As ARMENPRESS was informed from the press service of the Ministry of Justice of Armenia, during the meeting, the parties discussed the implementation of the Constitutional reforms and the representation of the organization in the reform process.

Representatives of the International IDEA welcomed the efforts of the Ministry of Justice in the process of constitutional reform, emphasizing that the reforms are important, they must be acceptable for the people.

The Minister thanked the representatives of "International IDEA" for their support in the process of constitutional reform.

The Minister of Justice and the representatives of "International IDEA" agreed to implement the Constitutional reforms with joint efforts.