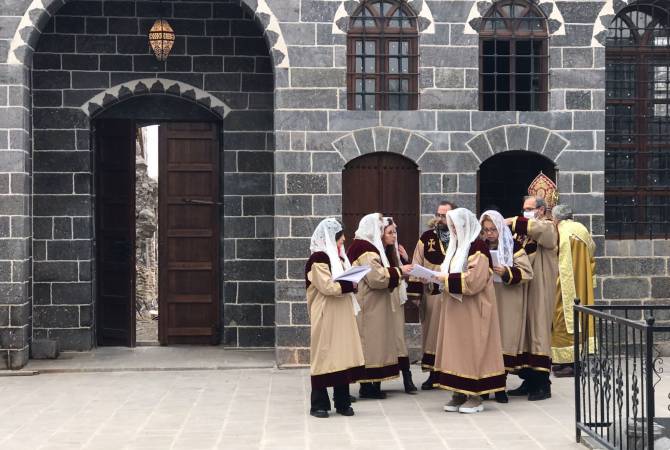 
YEREVAN, NOVEMBER 6, ARMENPRESS. After the completion of renovation works, the first mass in nearly 100 years was served at the Armenian Catholic Church in the district of Sur in Diyarbakir, Turkey, the Doghan news agency reports.

The St. Hovsep Church was heavily damaged during Turkish-Kurdish clashes in 2015. The restoration was carried out by the Directorate General of Foundations of Turkey.

The spiritual leader of the Armenian Catholics of Turkey Archbishop Levon Zekiyan consecrated the church and then served a mass.

Zekiyan told Doghan news agency that after the renovation, the church’s premises were handed over for ten years to the Dicle University for educational and cultural purposes, under the condition that the Armenian community will continue holding religious ceremonies there.

13:12, 05.10.2022
2483 views Armenia’s proposals handed over to Azerbaijan in Brussels include also status, security of Artsakh – Ambassador-at-large