UN chief in self-isolation after being exposed to COVID-19 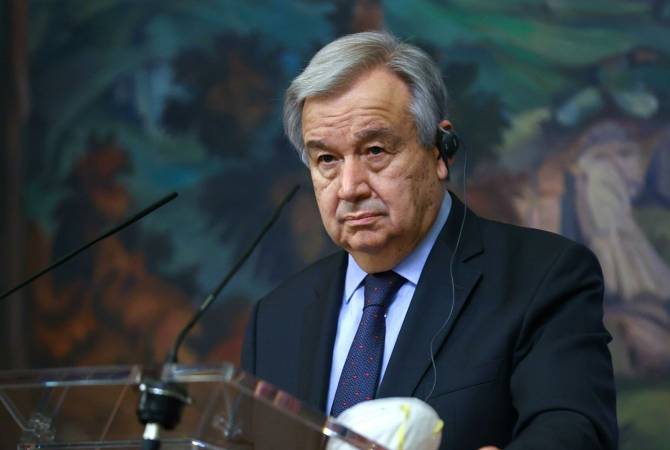 
YEREVAN, DECEMBER 8, ARMENPRESS. United Nations Secretary-General Antonio Guterres is in self-isolation until Thursday after coming into contact with a UN official who tested positive for COVID-19, but he has no symptoms of the infection, Farhan Haq, Deputy Spokesman for the Secretary-General, said, reports TASS.

“In response to questions, this is to confirm that the Secretary-General has come into contact with someone who tested positive for COVID-19. He has shown no symptoms and has initially tested negative. Out of an abundance of caution, he has canceled all his engagements and he will work from home until he is tested on Thursday, 9 December”, Haq noted.

News about Guterres’ self-isolation was revealed in a number of media outlets. That said, the UN chief is 72 years old. Previously, cases of the Omicron strain had been recorded in New York.