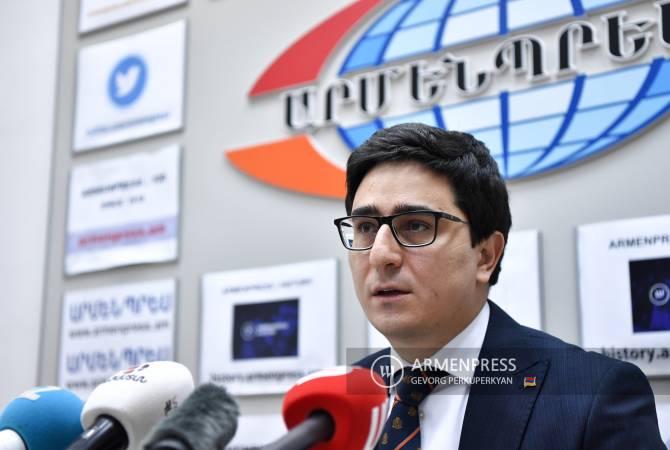 
YEREVAN, DECEMBER 13, ARMENPRESS. The recent orders of the International Court of Justice, the principal judicial organ of the United Nations, are a victory and success for Armenia, the Representative of Armenia at the European Court of Human Rights (ECHR) and ICJ Yeghishe Kirakosyan told a press conference in Armenpress, commenting on the ICJ’s December 7 orders indicating provisional measures in the cases between Armenia and Azerbaijan concerning the application of the International Convention on the Elimination of All Forms of Racial Discrimination.

“There can’t be second opinion here. Both the Court’s order and the reaction of our neighbors to these orders prove it. We see that there is a painful reaction by them to these orders. This shows that it has reached its point. We hope that all these will be more implemented in the future as a result of an agreed work. Maybe, this is also a good chance to strengthen trust among our public towards international processes, rule out skeptical approaches”, he said.

The orders reflect the Court’s acceptance of numerous critical arguments raised by Armenia, and the validation of its positions before the Court.

In its request for provisional measures, Armenia presented evidence of Azerbaijan’s racially motivated murders and torture of the Armenian prisoners of war and other detainees, as well as of its consistent policy of racial hatred of Armenians and destruction of Armenian cultural heritage.

The Court found that there is an imminent risk of irreparable harm to the rights of the Armenians under the “International Convention on the Elimination of All Forms of Racial Discrimination”, and ordered Azerbaijan to:

It should be noted that during the oral proceedings on Armenia’s request for provisional measures the Court took full cognizance on the representation made by the agent of Azerbaijan that the mannequins depicting Armenian soldiers and displays of helmets worn by Armenian soldiers during the Second Nagorno-Karabakh War have been permanently removed from the so-called “Military Trophies Park” and will not be shown in the future.