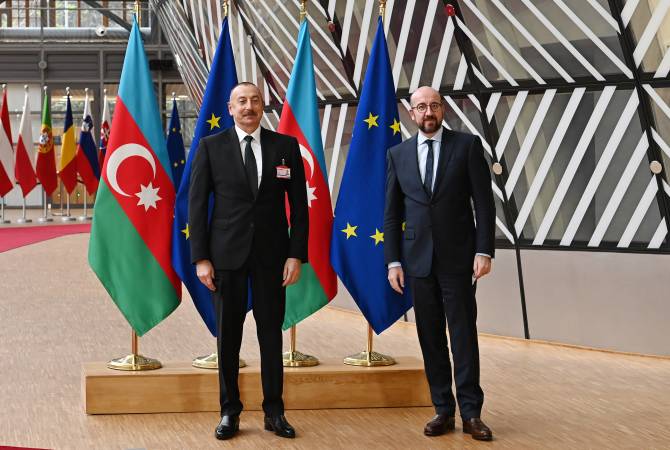 
YEREVAN, DECEMBER 14, ARMENPRESS. The President of the European Council Charles Michel discussed with the President of Azerbaijan Ilham Aliyev issues related to the normalization of relations between Yerevan and Baku in Brussels on December 14, ARMENPRESS reports the official website of the Azerbaijani president informs.

"The EU's support for the normalization of relations between Azerbaijan and Armenia was underlined at the meeting. Issues related to the demarcation and delimitation of the Armenian-Azerbaijani border were discussed at the meeting. The sides exchanged views on the opening of communications and humanitarian issues," the statement said.