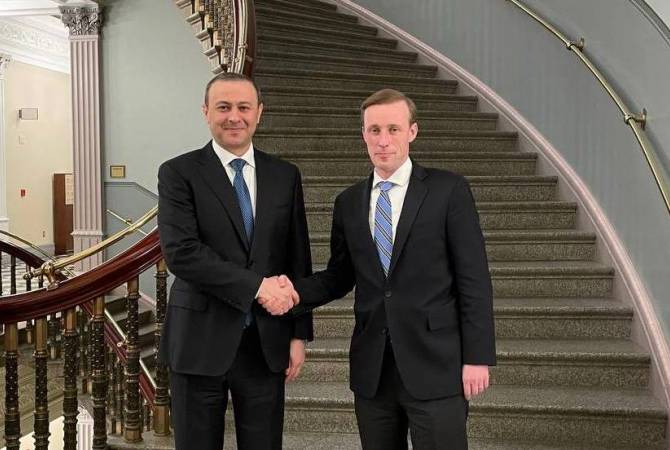 In a statement the White House said that Mr. Sullivan conveyed the commitment of the United States to peace, security, and prosperity in Armenia and the South Caucasus region.

“He expressed concern over ongoing tensions between Armenia and Azerbaijan, and emphasized that military movements near un-demarcated borders are irresponsible and provocative. He welcomed the ongoing communication between the two sides and emphasized the U.S. commitment to continue supporting confidence-building measures and regional reconciliation both bilaterally and as a Minsk Group Co-Chair.

Mr. Sullivan welcomed the announcement yesterday that Turkey and Armenia will appoint special envoys to discuss the normalization process.

Mr. Sullivan appreciated Prime Minister Nikol Pashinyan’s participation in The Summit for Democracy and underscored our strong cooperation on reform, democratic institution-building, and economic development in Armenia”, the statement says.