After Malena’s win, Armenia to host 20th Junior Eurovision in 2022 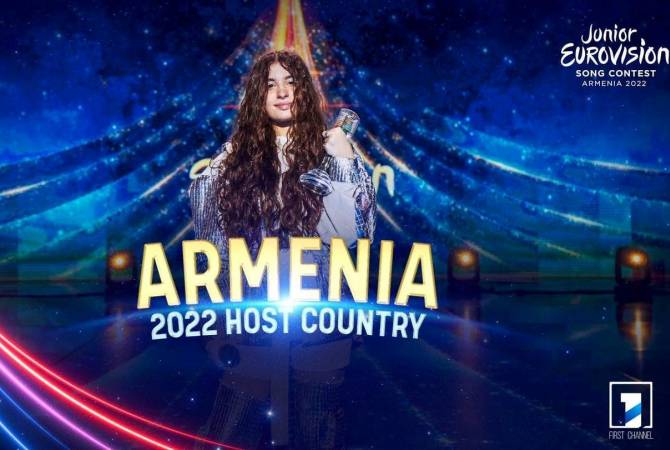 
YEREVAN, DECEMBER 21, ARMENPRESS. The European Broadcasting Union (EBU) and Armenian broadcaster AMPTV are pleased to announce that the 20th Junior Eurovision Song Contest will be staged in Armenia next year.

The European Broadcasting Union (EBU) and Armenian broadcaster AMPTV are pleased to announce that the 20th Junior Eurovision Song Contest will be staged in Armenia next year.

This follows Maléna’s sensational win in Paris with the whirlwind of a song that is Qami Qami.

It is Armenia’s second victory in the Contest and 2022 will see the country host Junior Eurovision for the second time after AMPTV staged the competition in Yerevan in 2011 following their triumph the previous year.

'Armenia’s cool, classy, contemporary winner set a new standard for the competition. Their enthusiasm for the event is unmatched and we are excited that AMPTV want to host the 20th edition of the JESC next year. We look forward to working with them on planning a very special anniversary edition of the show.'

'We were thrilled to see Armenia win their 2nd Junior Eurovision in Paris this weekend and congratulate Maléna and AMPTV’s hard working delegation on their stunning victory. We welcome the enthusiasm from our Armenian member for hosting the 20th Junior Eurovision Song Contest and are anticipating a great collaboration between the EBU and AMPTV over the coming months.'

'From the very first day we released Qami Qami we believed in Malena’s victory and were looking forward to hosting this major event. Armenians are very excited about our comeback into the Eurovision family, and even more thrilled to host this spectacular event next year. Welcome to Armenia!'

The date and the venue for the 2022 Junior Eurovision Song Contest will be confirmed in the coming months.