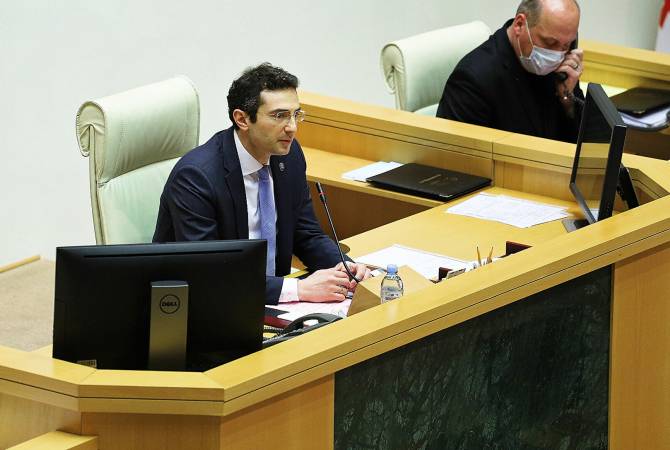 “The party held a meeting of the political council today, where several important personnel issues were discussed. First of all, I would like to inform you that the Speaker of the Parliament Kakha Kuchava has decided to resign”, Kobakhidze said.

He said that the ruling party will nominate Shalva Papuashvili, the party's public relations secretary, as the new Speaker.