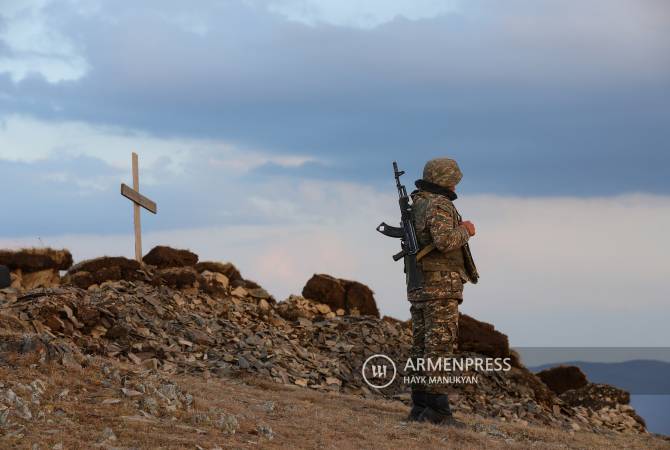 
YEREVAN, JANUARY 12, ARMENPRESS. The military says it recovered the body of an Armenian serviceman from the area where the heavy fighting took place on January 11 when Azerbaijani forces attacked Armenian positions from the eastern side of the Armenian-Azerbaijani border. The Azeri military deployed UAVs and artillery in the assault.

This brings the Armenian military’s death toll in the January 11 shooting to 3.

The two other Armenian servicemen who were wounded in action while suppressing the Azeri attack are in non-life threatening condition, according to the Ministry of Defense.