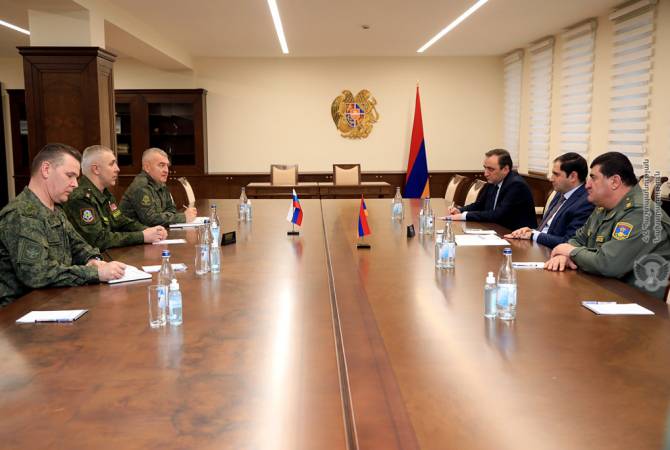 As ARMNENPRESS was informed from the press service of the MoD Armenia, Suren Papikyan congratulated Major - General Andrey Volkov on assuming the new post and wished him success in the peacekeeping mission.

The parties praised the efforts of the Russian Federation to stabilize the military-political situation in the region, as well as the process and effectiveness of the peacekeeping mission in Artsakh.