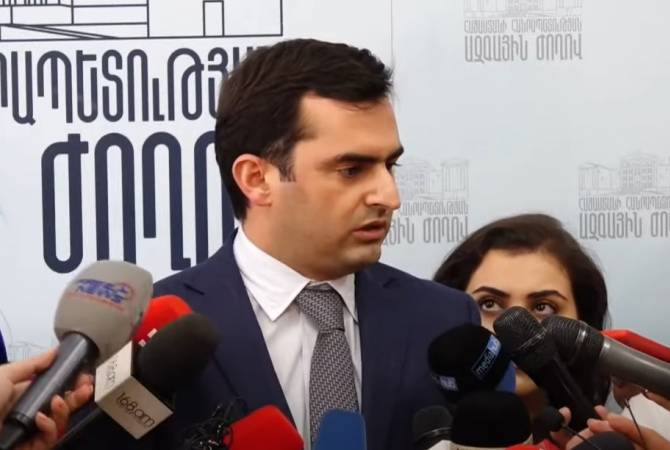 
YEREVAN, JANUARY 17, ARMENPRESS. Armenia’s agenda for the negotiations with Turkey has not changed, it continues to be the opening of borders and establishment of diplomatic relations without preconditions, Vice Speaker of Parliament of Armenia Hakob Arshakyan told reporters today.

“Since Armenia’s independence, the country’s borders are tense, and we had thousands of losses both during the war and the peaceful times. I think that the peace agenda we are currently pushing forward and for which we received a mandate from our people is directed to that purpose in order to ensure the security of our borders and Armenia as soon as possible so that no soldier will be killed in peaceful times, so that Armenia will never appear in wars”, Arshakyan said.

As for the recent meeting of the special envoys of Armenia and Turkey, Arshakyan said that it was their first meeting and it’s normal that there is not so much information.

“The first meeting took place, people got acquainted with one another, our side has presented its agenda on what we are interested in, the Turkish side brought its agenda, and a discussion has taken place. After that discussions the sides left for their capitals to clarify and discuss that agenda issues”, the Vice Speaker commented.

“Our agenda has not changed. All authorities of independent Armenia have announced that our agenda for talks with Turks is the following – the borders must be opened and diplomatic relations must be established with Turkey without preconditions”, he said.

Asked what trust there is that Turkey won’t push forward preconditions, the Vice Speaker said that there is such a risk. He reminded that those meetings, negotiations are taking place at Russia’s mediation, the Russian foreign ministry also has a positive reaction. “I hope that with the help of also international partners we will be able to solve the issue of opening borders, establishing diplomatic ties. And this derives from Armenia’s interests”, the Vice Speaker of Parliament added.

The first meeting of the special envoys of Armenia and Turkey for the dialogue between the two countries was held in the Russian capital of Moscow on January 14.