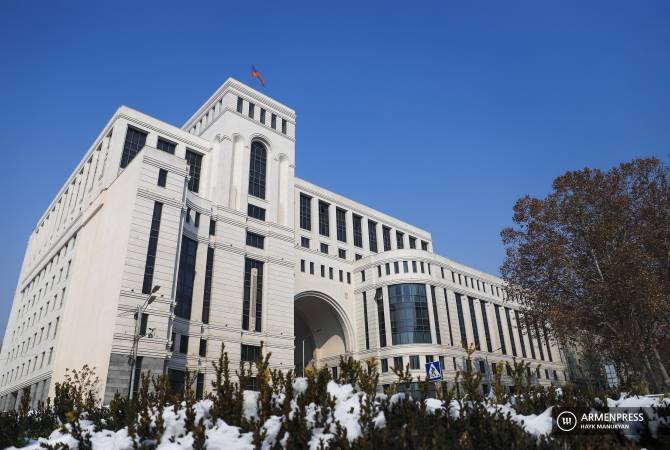 Asked to comment, the Armenian Foreign Ministry spokesperson Vahan Hunanyan told ARMENPRESS that Armenia doesn’t have any preconditions in the matter of delimitation, and that it’s about agreements.

ARMENPRESS – Azerbaijan’s Minister of Foreign Affairs Jeyhun Bayramov, responding to Armenia’s proposals relating to the process of delimitation and demarcation, said that Yerevan’s preconditions for launching delimitation are unacceptable for Baku. How would you comment?

Vahan Hunanyan – I believe there is a misunderstanding regarding this issue. The Armenian side doesn’t have preconditions in the issue of delimitation. It’s about agreements. The November 26 Sochi statement of the Prime Minister of the Republic of Armenia and the Presidents of the Russian Federation and Azerbaijan notes that the sides have agreed to “take steps in the direction of increasing the level of security and stability on the Azerbaijani-Armenian border and to move towards the formation of a trilateral commission for delimitation and demarcation. This agreement was reaffirmed and an agreement on starting a process of withdrawing troops was reached during the December 14 trilateral meeting between the Armenian and Azerbaijani leaders in Brussels in mediation of the President of the European Council. Thus, The Armenian side’s proposals aren’t about preconditions, but rather about realizing the agreements that were reached. The Republic of Armenia believes that the delimitation process must be launched swiftly in accordance to the abovementioned agreements.