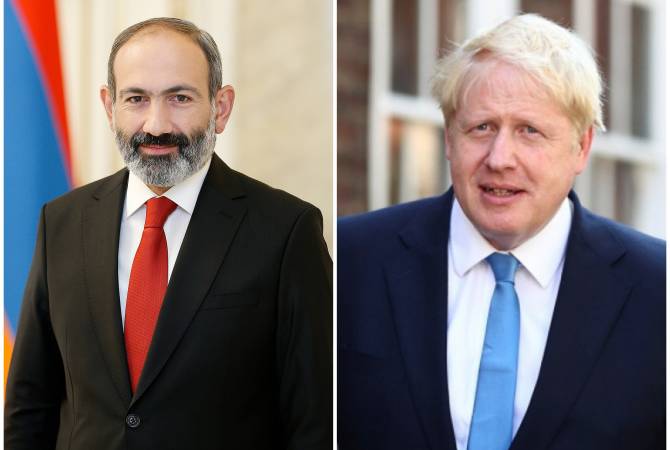 
YEREVAN, JANUARY 20, ARMENPRESS. Prime Minister Nikol Pashinyan sent a congratulatory message to Prime Minister of the United Kingdom of Great Britain and Northern Ireland Boris Johnson on the occasion of the 30th anniversary of the establishment of diplomatic relations between the two countries.

The message reads as follows,

I cordially congratulate on the 30th anniversary of the establishment of diplomatic relations between the Republic of Armenia and the United Kingdom of Great Britain and Northern Ireland.

30 years ago, on January 20, our countries launched the process of strengthening the Armenian-British interstate partnership and the close contacts between the friendly peoples, based on historical interactions, common values, practical interests, mutual respect.

This jubilee is an important milestone to evaluate the relations between the two countries, to reassess the path passed together, to outline the new perspectives for cooperation.

The United Kingdom has been a strong partner on the path of state-building of the newly independent Republic of Armenia, and today it contributes to the democratic reforms taking place in our country, to the protection of human rights and the strengthening of the rule of law.

I am convinced that the rich experience gained during these years provides ample opportunities to discover and use the full potential of the Armenian-British cooperation, giving a new impetus to the bilateral relations, including the economic partnership, and raising them to a qualitatively new level. In this context, I consider symbolic the summarization of the forthcoming Armenia-UK Comprehensive and Enhanced Partnership Agreement, which will give a new quality to bilateral relations.

I am full of hope that with joint efforts we will be able to enrich the Armenian-British bilateral agenda with new initiatives and programs in the coming years for the benefit of our countries and friendly peoples.

Your Excellency, I once again congratulate all of us on the occasion of the 30-year anniversary, wishing our countries fruitful cooperation full of jubilees."