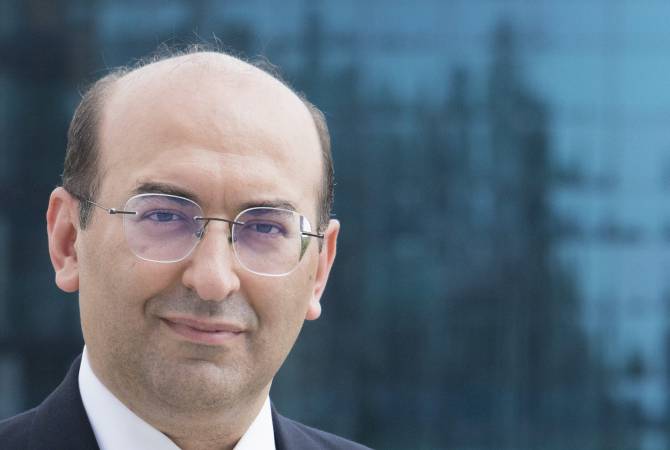 “Today marks 30 years since the establishment of diplomatic relations between Armenia and Greece. Greece is one of the few countries, and the Greeks are one of the unique nations, with which our relations and friendship have a history of millennia,” the Ambassador said.

He stressed that the Greek and Armenian peoples are united by common values, principles, common threats and expectations, blood ties. And this is more than just some commercial interests.

"Our brotherhood has gone through all the trials of time and history, becoming stronger. The Greek and Armenian peoples - the two brothers of the related civilization, which can stand firm when they work together ", said Mkrtchyan.

The Ambassador stressed that the 30th anniversary of the relations between the two countries is marked with close ties at the highest political level. On the other hand, according to him, the two countries will deepen economic and trade ties by all means, for which there is fertile ground.

"Cultural diplomacy is a powerful tool for both Greeks and Armenians, although we think we know each other well enough, but there is always room to learn more, to interact more. The opportunities to get to know and love each other through culture are endless. High-level military relations are deepening, which is a good and important fact," he said.

On this occasion, on January 21, the famous buildings of various cities of Greece were illuminated in the colors of the Armenian flag. Ambassador Mkrtchyan thanked the councils of all the cities that responded to the request of the embassy.

He also thanked the politicians of Armenia, Greece, the representatives of the Greek-Armenian community, who during the 30 years made their undeniable contribution to the construction and establishment of the Armenian-Greek privileged relations.

11:29, 05.19.2022
2635 views U.S. recognizes role of population of Nagorno-Karabakh in deciding its future–Ambassador Tracy’s interview to ARMENPRESS