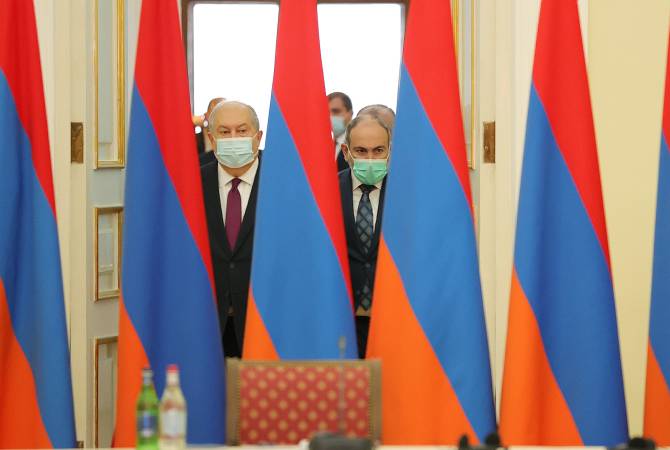 
YEREVAN, 24 JANUARY, ARMENPRESS. Prime Minister of Armenia Nikol Pashinyan does not consider it appropriate to comment on Armen Sarkissian’s statement on the motives for resigning from the post of President of Armenia, ARMENPRESS reports he said during an online press conference organized for the representatives of mass media and non-governmental organizations.

"The decision was made by the President. I learned about it hours before it was made public. He called me 3.5 hours before the publication yesterday, and we talked about it. I asked the President of the Republic if he was discussing the issue with me or he just informed me that he had made the decision. I tried to understand whether the decision was subject to discussion or not. After that, he said he had made a decision," Pashinyan said.

Pashinyan noted that the announcement of the president's resignation refers to its motives. ”I do not consider it appropriate to comment on them," the PM said, adding that each official decides on what arguments such decisions should be made.