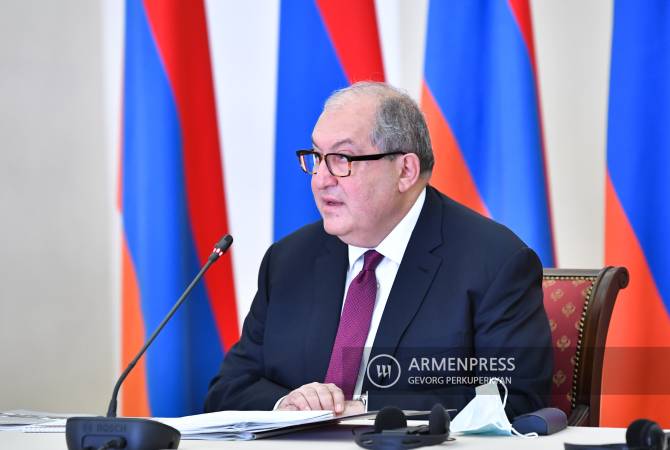 
YEREVAN, JANUARY 25, ARMENPRESS. The prosecution forwarded the allegations that Armen Sarkissian held foreign citizenship in violation of the constitutional requirements at the time of becoming President to the National Security Service (NSS).

Moreover, the prosecution told ARMENPRESS that a criminal case is open since April 2021 regarding Sarkissian’s alleged concealing of his dual citizenship.

The new allegations were reported by Hetq investigative journalists, claiming that Sarkissian held citizenship from St. Kitts and Nevis. This allegation will be part of the same criminal case of April 2021, which was opened by the NSS in connection with Sarkissian’s British citizenship, which he claimed he’d renounced in 2011 and holds only Armenian citizenship since, which in turn made him eligible for the presidency.

Sarkissian announced his resignation as president on January 23. The reasons he cited for stepping down were not related to the citizenship issue. His resignation will take effect in one week after the announcement.

Sarkissian hasn’t yet publicly commented on the new allegations of violating the citizenship requirement.